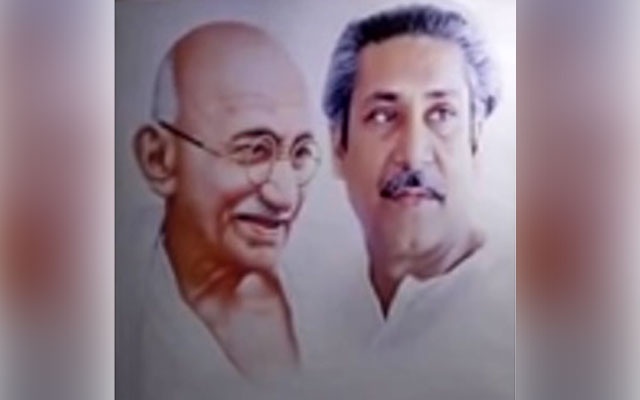 The award is a recognition of Bangabandhu’s “outstanding contributions towards social, economic and political transformation through non-violent and other Gandhian methods”, the Indian ministry of culture said in a statement on Monday.

A jury led by Indian Prime Minister Narendra Modi “unanimously” decided to select Bangabandhu for the prize on Friday.

“The Gandhi Peace Prize recognises the immense and unparalleled contribution of Bangabandhu Sheikh Mujibur Rahman in inspiring the liberation of Bangladesh, bringing stability to a nation born out of strife, laying the foundation for the close and fraternal relations between India and Bangladesh, and promoting peace and non-violence in the Indian subcontinent.” the statement added.

Gandhi Peace Prize is an annual award instituted by the government of India since 1995, the 125th Birth Anniversary commemoration year of Mahatma Gandhi.

The award is open to all regardless of nationality, race, language, caste, creed or sex.

Besides the prime minister, the jury comprises of two ex-officio members — the chief justice of India and the leader of the single largest opposition party in Lok Sabha.

Two eminent members are also part of the jury. They are Om Birla, speaker of the Lok Sabha, and Bindeshwar Pathak, founder of Sulabh International Social Service Organization.

Modi has said Bangabandhu was a champion of human rights and freedom, and is a hero to Indians as well.