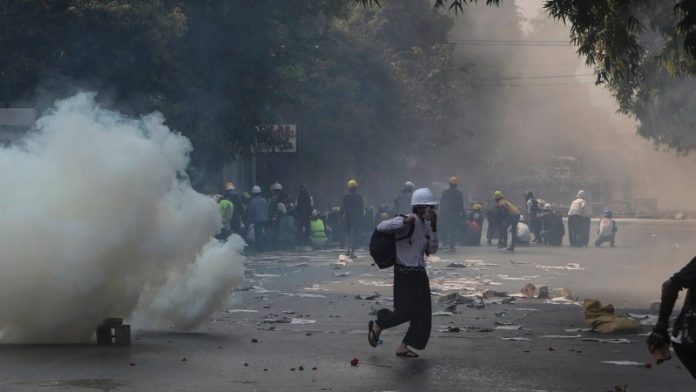 Protesters have held a pre-dawn demonstration in Myanmar’s second largest city a day after eight demonstrators were killed in a crackdown by the military junta.

People took to the streets in Mandalay on Monday. More protests are planned for the day against the military coup across the country.

Myanmar has been convulsed by mass rallies and strikes since the military ousted civilian leader Aung San Suu Kyi last month, and arrested her and several other political leaders over election fraud allegations.

More than 2,600 people have been arrested and 250 killed, according to the local monitoring group Assistance Association for Political Prisoners, which warns fatalities could even be higher.

Scores of people, including teachers, marched through the streets of Mandalay, some carrying placards, calling for the United Nations to intervene and resolve the crisis.

There were also early morning protests in parts of Yangon, the commercial capital of Myanmar.

Buddhist monks, who have joined the protests in recent days, held an evening candlelight ceremony on Sunday.

In one neighborhood in the city, persistent gunfire was reported until late in the evening.

Meanwhile, activists urged people on social media to join a car convoy protest throughout the day.

International pressure is mounting on the junta to stop the crackdown and restore power to the civilian government.