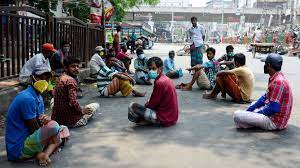 The Directorate General of Health Services has marked 29 districts as “risky” considering coronavirus infection rate amid a resurgence of COVID-19 across Bangladesh.

Meerjady Sabrina Flora, additional director general of health services, said at a virtual press conference on Monday that they analysed data until Mar 24 to identify the districts.

The outbreak had eased in January and February before infections began rising again in early March.

In the daily count released on Monday, the government reported 5,181 confirmed coronavirus cases, the highest since the first cases were detected a year ago.

Flora said most of those getting infected now are young.

“We’ve seen that people tend to avoid going outside. Later, the infection rate rose among those who were going out for work.

“Now everyone is going out, especially the young. So, the rate of infection among them is high,” she said.

To contain coronavirus infection, the government has issued a set of 18 pandemic instructions, including curbs on all kinds of assembly.

Nazmul Islam, a director at the DGHS, blamed people’s carelessness for the rise in coronavirus cases at the press conference.

“We felt extreme self-satisfaction in past two to three months after following the health rules for a year. This has led to a rise in infection. We shouldn’t blame a new strain. We can control it if we become careful now,” he said.