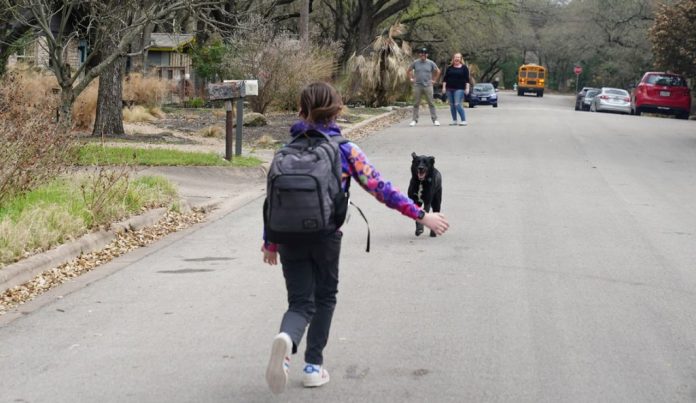 The most revolutionary part of President Joe Biden’s agenda so far is his focus on a constituency that doesn’t write whiny op-ed columns, doesn’t vote, doesn’t hire lobbyists and so has been neglected for half a century: children.

Biden’s proposal to establish a national pre-K and child care system would be a huge step forward for children and for working parents alike. It would make it easier for moms and dads to hold jobs, and above all it would be a lifeline for many disadvantaged children.

Imagine: You drop a kid off at a high-quality prekindergarten program in the morning and pick the child up on the way home from work. That’s how it is in many other advanced countries and in the U.S. military.

When my wife and I lived in Japan in the late 1990s, we sent our kids to one of these nurseries, and they were a dream.

But the United States never developed such a system, because for half a century as other countries were investing in children, the United States was stiffing them. Today one of our saddest statistics is this: American children ages 1 to 19 are 57% more likely to die than children in other rich countries.

So the most historic part of the Biden agenda, to me, is a determined effort to invest in America’s kids and reverse decades of child neglect. Just as Franklin Roosevelt revolutionized conditions for the elderly by instituting Social Security, Biden may be able to do the same for children.

Biden’s $1.9 trillion American Rescue Plan included monthly child allowances and other elements that other countries have used to reduce child poverty. A Columbia University study estimated that these programs, if sustained, could reduce child poverty by about half.

Much of the attention on Biden’s next step is on infrastructure and climate change, and they are critical. But still more important for America’s future, in my view, will be the elements focused on children. While plans are still being developed, it appears that Biden will propose:

— Working toward universal access to high-quality pre-K for 3- and 4-year-olds.

— Ensuring high-quality affordable day care for parents, with costs not to exceed 7% of incomes for most parents.

One model the White House is studying is the excellent day care system offered by the U.S. military, because the armed forces don’t want to have to deal with the child care crises that parents routinely face in the civilian world.

Can we afford this Biden revolution in child programs? It will indeed be expensive. And there is a perennial debate over whether it’s better to have programs that are targeted at the neediest (which are more cost-effective) or those that are universal (which are politically more sustainable).

But I’ve written about the heartache in my hometown in rural Oregon: More than one-quarter of the kids on my old school bus are dead from “deaths of despair”: drugs, alcohol and suicide. Taxpayers spent huge sums incarcerating my former classmates when the funds would have been far better spent reducing fetal alcohol exposures and tackling childhood trauma, illiteracy, failure to graduate from high school and a lack of job skills.

One reason our efforts to fight poverty haven’t achieved more is that we often start too late. For some of my middle-aged friends wrestling with homelessness, mental health crises and decades of addiction, with more of a criminal record than an educational record, it may not be possible to turn lives around. For their kids and grandkids, we have to try.

Many early childhood programs pay for themselves when aimed at the most disadvantaged, notes Nobel-winning economist James Heckman, because they reduce spending on criminal justice, special education, health care and other services. One study by Heckman found that programs for vulnerable young children generated a 13% annual rate of return.

So, please, President Biden, push on. This is about America’s future. This is your chance to preside over a Rooseveltian revolution that sprinkles opportunity and averts tragedies for decades to come.