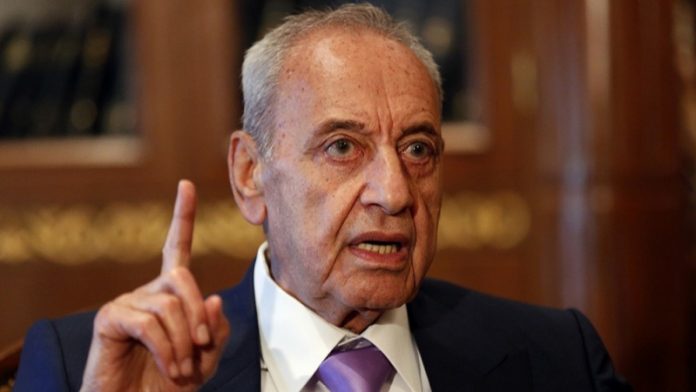 Lebanese Parliament Speaker Nabih Berri says the crisis-stricken and cash-strapped Arab country is in “danger” and would sink like the Titanic if a new government was not formed within the next two months.

“The country is in danger if a government isn’t formed in two months. The country as a whole is [like the] Titanic. It’s time we all wake up because in the end, if the ship sinks, there’ll be no one left,” Berri said during a parliament session in Beirut on Monday.

Lebanon is still waiting for a new government to be formed months after caretaker Prime Minister Hassan Diab’s cabinet resigned in the wake of a massive explosion at Beirut Port on August 4 last year, which ravaged the heart of residential areas and the city’s vibrant commercial district.

More than 200 people were killed and over 6,000 others injured in the giant blast. Dozens of people are still unaccounted for.

Prime minister-designate Saad al-Hariri and President Michel Aoun have been at loggerheads for months over the makeup of a new cabinet.

Diab has threatened that he would stop performing his duties as the caretaker prime minister in a bid to pressure political forces to form a new government as he faced criticism for both being passive and overstepping his caretaker role.

Also on Monday, Lebanon’s parliament approved a loan of $200 million to pay for fuel for the state-run Electricity of Lebanon (EDL) to avert a national power outage as caretaker Energy Minister Raymond Ghajar warned three weeks ago that the country plunge into “total darkness” if no money was secured to buy fuel for power stations.

“This should be enough for electricity for around two months or two-and-a-half,” Cesar Abi Khalil, a member of parliament and former energy minister, told Reuters.

The decision came a day after Zahrani Power Plant, one of Lebanon’s four main electricity producers, stopped operating because it ran out of fuel.

“Any shutdown in one of these big plants affects power generation negatively,” Abi Khalil said.

“This means Lebanese make up for it with generators that run on diesel that’s 30% more expensive than the fuel that’s bought by the electricity company,” he added.

EDL said in a statement that the closure was caused because a fuel ship could not be immediately offloaded because of logistical problems.

Moreover, another cargo ship scheduled to arrive from Kuwait has also been held up as Panama-flagged giant container ship the Ever Given remains stuck sideways in Egypt’s Suez Canal, it noted.

Lebanon is locked in its worst economic crisis since the 1975-1990 civil war, with no end in sight.