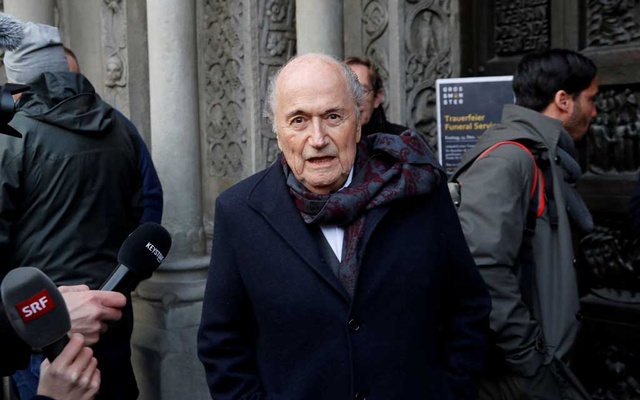 Former FIFA president Sepp Blatter has been handed a further six years and eight months ban from the game and fined a million Swiss francs ($1.07 million) by the body’s Ethics Committee after a probe into massive bonus payments.

Blatter’s current ban from the game was due to expire in October but the latest ban, for ethics code violations, will take effect from that point.

The ethics committee said in a statement that Blatter had breached the ethics code “by accepting and receiving extraordinary bonuses in the amount of CHF 23 million, signed, approved or implemented by Messrs Grondona, Valcke and Kattner, and by concomitantly approving/offering extraordinary bonuses in the total of approximately CHF 46 million for Messrs Valcke, Grondona and Kattner”.

The trio have denied any wrongdoing.

“This is a painful and incomprehensible blow on the neck,” Blatter said in comments released by his spokesperson. “The ethics committee in its current form has nothing to do with an independent body – it is much more the extended arm of the FIFA president and not much more than a ‘parallel-justice’,” he added.

Valcke and Kattner could not immediately be reached for comment.

Blatter, 85, underwent heart surgery in December and is still recovering in a rehabilitation clinic in the Valais Alps, the spokesperson said.

The Swiss was FIFA president from 1998 to 2015 when a series of FIFA officials were arrested in a US-led corruption probe.

Blatter was banned for eight years by FIFA’s ethics committee in December 2015 but that was later reduced to six years.

Frenchman Valcke, who is currently banned until October 2023, was also handed an identical ban extension and fine.

“The investigations into Messrs Blatter and Valcke covered various charges, in particular concerning bonus payments in relation to FIFA competitions that were paid to top FIFA management officials, various amendments and extensions of employment contracts, as well as reimbursement by FIFA of private legal costs in the case of Mr Valcke,” the Ethics Committee said in the statement.

The decisions can be appealed to the Court of Arbitration for Sport in Lausanne, Switzerland.