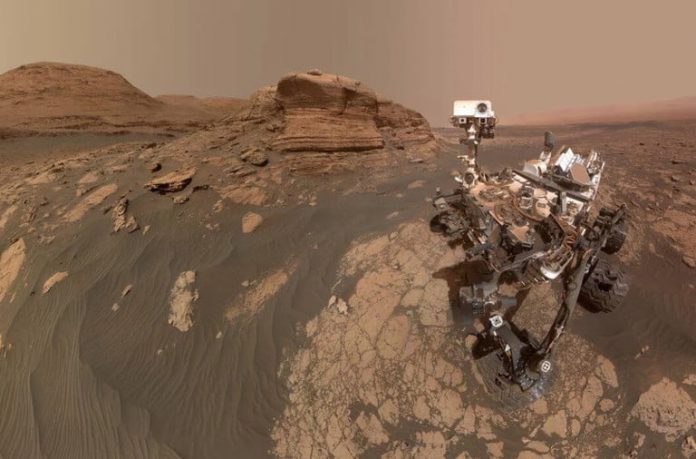 With NASA’s Perseverance Mars rover currently getting all the attention, it’s easy to forget that the space agency also has another vehicle trundling across the red planet.

Curiosity has been exploring the Martian surface since 2012, conducting various investigations while also posting plenty of fascinating imagery from the faraway location.

Its latest effort is an impressively clear selfie that also includes a 6-meter-high rock formation that scientists have dubbed “Mont Mercou” after a French mountain close to the village of Nontron in the southeast of the country.

“The team chose Nontron-related nicknames for this part of the red planet because Mars orbiters detected nontronite, a type of clay mineral found close to Nontron, in the region,” NASA explained. “Surface missions assign nicknames to landmarks to provide the mission’s team members a common way to refer to rocks, soils, and other geologic features of interest.”

Close to Curiosity is also the spot where the rover drilled the mission’s 30th sample to date. After gathering the particles, Curiosity turned them to powder before carefully transferring the sample into instruments inside the rover. Next, the mission’s science team back on Earth will analyze the sample remotely in a bid to better understand the rock’s composition and see if it unlocks any secrets about Mars’ past.

Curiosity’s latest selfie comprises 60 images taken by the Mars Hand Lens Imager (MAHLI) on the rover’s robotic arm. These were combined with 11 images captured by the Mastcam on the head of the rover. The combination of images meant NASA could edit them in a way to make it look as if the “camera” taking the shot is detached from the rover (ie. there’s no selfie stick in sight!). And it’s not the first selfie Curiosity has taken during its time on the planet. Check out this one and this one, for example.

As Curiosity continues with its work, Perseverance, which landed on the red planet in spectacular fashion in February 2021, is about to begin its mission in earnest, exploring its new home for signs of ancient life. In the coming days, it’s also expected to deploy Ingenuity, a small helicopter-like contraption that’s set to become the first aircraft to fly on another planet.