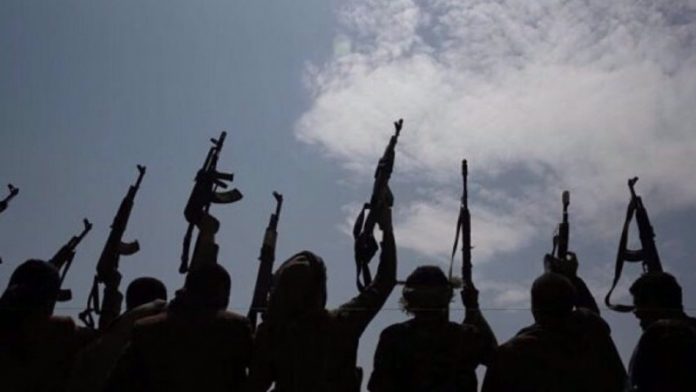 Yemeni Defense Minister in the National Salvation Government, Major General Muhammad Nasser al-Atifi, says Saudi Arabia and its allies involved in the ongoing war on the country are searching for ways to get out of the Yemen quagmire.

“The coalition of aggression member states are going through miserable conditions, and are now looking for a way out of Yemen quagmire,” Atifi said in an exclusive interview with Yemen’s al-Masirah television network on Friday evening.

“We have the information and coordinates that give us the opportunity to vigorously challenge the coalition of aggression, and to enrage Riyadh, Washington, London, Paris and Tel Aviv. They will find nothing other than a retaliatory attack as long as their aggression persists.”

The high-ranking Yemeni military official pointed out that the Saudi-led military alliance does not want to concede defeat in its campaign against Yemen, noting that those who dragged the Riyadh regime and its allies into the aggression are now looking for their escape in a face-saving manner.

US reports say American leaders have realized that the kingdom is waging a losing war in Yemen and want Washington to desist from the conflict.

Washington-based conservative defense policy think tank the Jamestown Foundation says, “Saudi Arabia’s intervention has achieved none of its aims. The Houthis (a.k.a. Ansarullah) and their allies are now, more than ever, the preeminent military power in Yemen. At the same time, Ansarullah fighters who absorbed many of the Yemeni Army’s most capable officers and engineers have further developed their ability to build and launch a range of missiles, rockets, and drones.”

“Thus, the Houthis’ influence and grip on northwest Yemen must be dealt with politically, if it is to be dealt with at all,” the US think tank noted.

It added that “Saudi Arabia’s slow realization that it must end its direct involvement in the war along with unfavorable shifts in US foreign policy are driving it to taper support to its proxies in Yemen.”

“Saudi Arabia is keener than ever to extricate itself from its costly involvement in Yemen. Saudi Arabia’s intervention in Yemen has cost the Kingdom several hundred billion dollars (at one point the Saudis were spending five billion dollars per month on their war in Yemen),” the Jamestown Foundation wrote.

Atifi highlighted that Yemeni armed forces and fighters from allied Popular Committees are currently battling Saudi-led mercenaries and militants loyal to Yemen’s former president, Abd Rabbuh Mansur Hadi, in dozens of fronts, including central Yemeni provinces of Ma’rib and al-Bayda, southern provinces of Ta’izz and Dhale, northern province of al-Jawf as well as the strategic western province of Hudaydah.

“Ma’rib is a Yemeni province and it must be liberated, as is the case for all regions of the Republic of Yemen,” he said.

Elsewhere in his remarks, he highlighted that the Yemeni armed forces have made great offensive and defensive achievements over the past six years, stressing that the forces can now manufacture a wide array of armament, ranging from light to heavy weapons, ballistic and winged missiles, combat drones as well as air defense and naval systems.