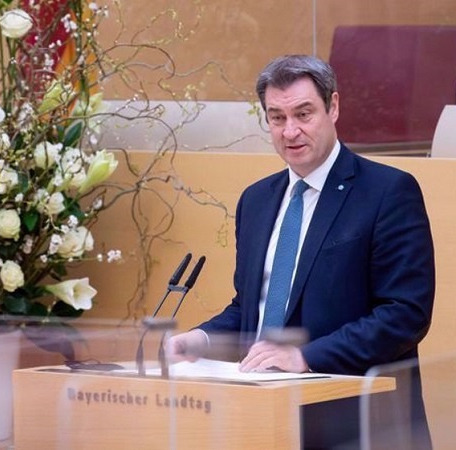 Bavarian Minister-President, Markus Soeder, has announced his candidacy for German chancellor as a conservative in a September election, promising that he and his opponent, Armin Laschet, would settle the matter quickly and amicably.

Laschet said the next move will be for CDU and CSU to hold committee meetings on Monday, but he gave no timeframe for a decision.

In opinion polls, Laschet trails Soeder, but as leader of the larger CDU, he essentially has first refusal and the support of some influential state premiers.

Laschet is a leading centrist who is generally regarded as a candidate who will carry Merkel’s legacy forward, but he has had a squabble with Merkel over coronavirus restrictions.

His chaotic handling of the crisis has harmed his reputation as Premier of North Rhine-Westphalia.

On the other side, Soeder, 54, is a savvy politician who has supported Merkel during the pandemic.

“We want to win this election in the autumn – that is the main aim, and we are now thinking about the best formation,” Soeder said before adding that “a joint solution will be reached sooner rather than later.”

There has never been a CSU leader elected as German chancellor.

Angela Merkel has led the conservatives to four victories, and now they are wary of contesting the federal election on September 26 without her.

She has ruled out a fifth term but has not stated whether she will endorse any candidate, though she has hinted that she will support the CDU leader.