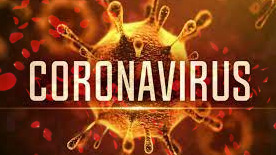 The death toll stands at 8,523 while the total number of cases near 700K

Bangladesh has recorded the highest deaths, yet again, on Monday as 83 people died of the novel coronavirus over the last 24 hours.

The daily death rate has broken all previous records for three consecutive days. On Sunday, the highest death single-day toll was recorded with 78 deaths since the first Covid-19 death in Bangladesh on March 18, 2020. A day before, it was 77.

Meanwhile, 7,219 tested positive between over the same time, taking the total number of infections to 691,957.

The latest figures were published by the Directorate General of Health Services on Monday.

The death toll in the country currently stands at 8,523 with a mortality rate of 1.42%.

With Monday’s single-day deaths, the moving average of the daily number of deaths shot up to 72 – the highest till date. (Moving average = 1 week’s data/7)

On Sunday, the 7-day rolling average stood at 67.57 — the highest since the pandemic began, to be broken again on Monday.
Of the 83 deaths in the country, 54 were male and 29 were female. Seventy-four people died at hospitals, five died at home and four patients were declared dead on arrival at hospitals.

Most of the deceased were from Dhaka (54), 17 from Chittagong, four from Khulna, three from Rajshahi, and two from Barisal and Sylhet, and one from Rangpur divisions.
Between Sunday and Monday, 34,968 Covid-19 tests were conducted at the 255 centres across the country. The latest figures show an infection rate of 20.59%. Meaning, one in five people getting tested turn out to be positive, a highly alarming rate which was below 3% less than two months ago. However, the sum total rate of infection has increased slightly to 13.78%.

On March 8, the health authorities in Bangladesh reported the first three cases of Covid-19, a severe acute respiratory illness caused by a new coronavirus strain which was later named Sars-CoV-2.
The novel coronavirus broke out in China’s Wuhan city in late December of 2019 and quickly spread throughout the world, becoming a pandemic in less than three months.

The fast-spreading coronavirus has claimed more than 2,951,785 lives and infected as many as 136,757,797 people across the world till Monday evening, according to Worldometers.info.

As many as 109,986,272 people have recovered from Covid-19 which has affected 219 countries and territories across the planet.