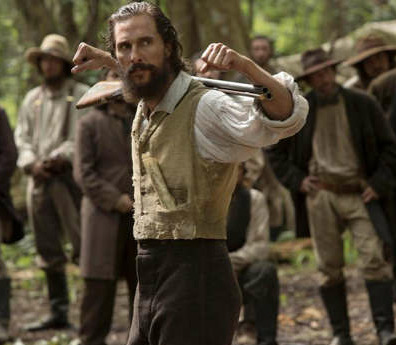 Running from 1861 to 1865, the Civil War remains the deadliest war ever fought on American soil. The result of various factors, it was ultimately a struggle over the scourge of slavery, which led to conflicts over states’ right that would see seven Southern states secede from the United States. By the time it was over, approximately 620,000 soldiers were dead and millions more injured. Many would attest that the war’s ramifications are still being played out to this day. In fact, the country is arguably in the midst of a cultural civil war with direct ties to the historical one.

Oddly enough, the Civil War doesn’t often get the Hollywood treatment as a direct subject. Whereas World War II or Vietnam movies frequently go into the heart of battle, those with Civil War themes tend to skirt around the event altogether. A number of classic Westerns, for example, focus instead on the frontier battles between cavalrymen and Native Americans. It would appear that Apache warriors and other tribes made for more palatable common enemies to the audiences of yore. Then again, it could just be that Americans killing Americans in droves—or conjuring the ghosts of slavery—hasn’t historically made for good box-office business.

Thus, a number of the best movies set during the Civil War are really set “around” the Civil War. It could even be argued that Civil War-based classics like “Glory” or “Gettysburg” are outliers. By contrast, films such as “The Hateful Eight” or “The Searchers” exist in a post-war era, during which battle-scarred characters internalize their previous experiences while taking on new enemies. As a result, the war itself becomes a thematic device or a narrative backdrop for a number of great films, and audiences are thus spared a direct confrontation with the war’s underlying conflicts. Rather than depict famous battles, such films use the Civil War to inform a state of mind or a general landscape—not all wars are fought on the battlefield, after all.

Stacker combed through the best films on IMDb and ranked the top 50 set during the Civil War. Rankings are based on IMDb user ratings, with any ties broken by vote count. All films are set in and around the Civil War or have a healthy dose of Civil War flashbacks that play a major role. To qualify, the film had to have at least 500 votes. All data is accurate as of Dec. 22, 2020.