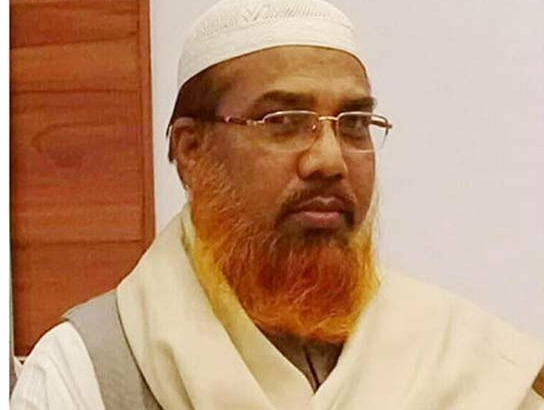 Maulana Jubair Ahmed, vice-president of Hefazat-e-Islam’s Dhaka city unit, was detained from his residence in the capital on Friday.

He said the arrest was made around 5pm based on an anonymous tip.

Maulana Jubair was arrested on charges of his involvement in the Shapla Chattar violence on May 5, 2013.

Police sources said he is also accused in multiple cases for his alleged involvement in the recent violence in protest of Indian Prime Minister Narendra Modi’s Dhaka visit.

However, some think that the drive against the organization’s leadership stems from the opposition they had displayed against the Indian prime minister.

Courts have also granted law enforcers several days to interrogate them in remand.
The most high-profile arrest so far has been the one of Islamabadi. He was arrested from Chittagong on Sunday. The court granted 7 days’ remand for him.

Apart from that, hundreds of district and upazila level leaders and activists of the group have been held as well, reports Bangla Tribune.

Over 50 cases have been filed against Hefazat men in connection with the rampages perpetrated by them while protesting Indian Prime Minister Narendra Modi’s Dhaka visit in March.