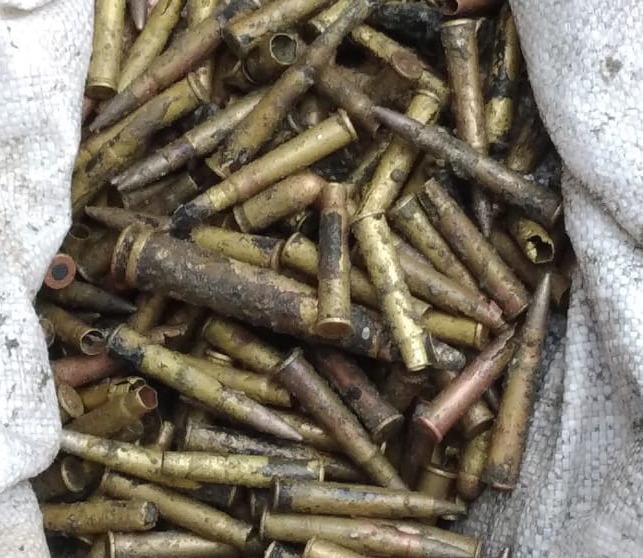 Another 1,580 rounds of bullets recovered from Cox’s Bazar. Earlier on April 11, police recovered 2,190 bullets from the same spot

Police recovered another 1,580 rounds of bullets from a construction site at Cox’s Bazar airport area on Friday.

Members of the Bangladesh Air Force learned about the earlier incident and found the bullets around 4pm at the mouth of Bakkhali river in the city. The recovered bullets are believed to be from the second world war.

Earlier on April 11, police recovered 2,190 bullets from the same spot.

Cox’s Bazar Airport Manager Abdullah Al Farooq said: “A Chinese company is working on the runway expansion of the airport. The contractor employed by the company is filling sand in Nazirartek area Bakkhali river. The workers saw the bullets during the sand extraction on Friday afternoon.”

Upon getting the news, a team of high-ranking officials of Bangladesh Air Force at Sheikh Hasina base reached the spot and confirmed the incident.

Later being informed by the airport authorities, police recovered the bullets from the spot and brought them to Cox’s Bazar Sadar police station.

Officer-in-Charge (OC) of Cox’s Bazar Sadar police station, Sheikh Munirul Gias, confirmed the rescue operation, saying: “There was an air base here during the second world war. The bullets may have been kept at the time. Necessary steps will be taken subject to investigation regarding the matter.”