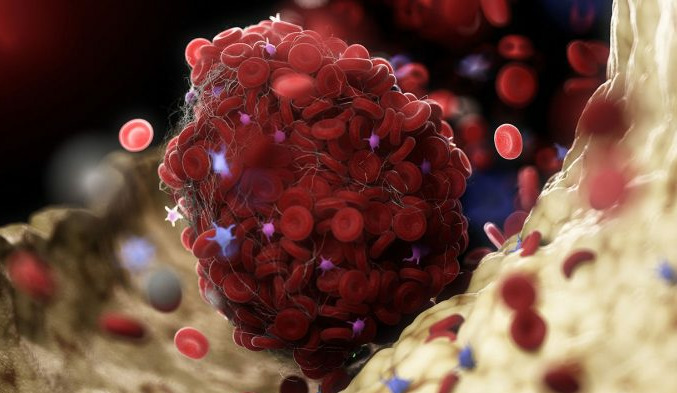 Evidence is building that an uncommon immune response is behind dangerous, but incredibly rare, blood clots associated with some COVID-19 vaccines. But the good news is that there is a test doctors can use to identify it and get patients the right care.

A small number of people out of the millions vaccinated with AstraZeneca’s or Johnson & Johnson’s COVID-19 shots have developed severe blood clots, such as ones in the sinuses that drain blood from the brain (SN: 4/7/21; 4/13/21). A few have died.

Studies suggest that some inoculated people develop an immune response that attacks a protein called platelet factor 4 or PF4, which makes platelets form clots. Those platelets get used up before the body can make more. So these patients wind up with both the rare clots and low levels of blood platelets.Of 23 patients who received AstraZeneca’s jab and had symptoms of clots or low platelets, 21 tested positive for antibodies to PF4, researchers report April 16 in the New England Journal of Medicine. Of those, 20 people developed blood clots. The finding adds to previous studies that found the same antibodies in additional patients who got AstraZeneca’s shot and had the dangerous clots.

Five out of six women who had clots after receiving Johnson & Johnson’s shot in the United States also had PF4 antibodies, health officials said April 14 during an Advisory Committee on Immunization Practices meeting. That advisory group to the U.S. Centers for Disease Control and Prevention is assessing what needs to be done to lift a temporary pause on administering the Johnson & Johnson jab that was prompted by blood clot concerns (SN: 4/13/21). One man had developed brain sinus clots during the shot’s clinical trial and a seventh case is under investigation, the pharmaceutical company said during the meeting.

“Because we are aware of this syndrome… we know how to treat it,” says Jean Connors, a clinical hematologist at Harvard Medical School and Brigham and Women’s Hospital in Boston who was not involved in the studies. And unlike the people who developed the clots before officials pinpointed the link, “we can diagnose it faster and treat it more appropriately if it does happen, so that the outcomes will be better.”
That’s because the vaccine-induced clots are similar to a condition called heparin-induced thrombocytopenia, or HIT. Patients with HIT develop blood clots when treated with the commonly used anti-coagulant drug heparin. Heparin attaches to the PF4 protein, and some people develop an immune response that attacks the two molecules.

Treating vaccinated patients who have PF4 antibodies with heparin is like “adding fuel to the fire” and may cause them to develop more clots, Connors says. Four of the six U.S. women who developed clots after getting the Johnson & Johnson vaccine, for instance, received heparin, as did the man in the clinical trial. The man recovered and one woman was discharged from the hospital. Three were still hospitalized as of April 14.

Health care workers can test for PF4. And if a patient tests positive, there are many other anti-coagulants other than heparin that clinicians can use for treatment, Connors says.
[By Erin Garcia de Jesús,sciencenews.org]