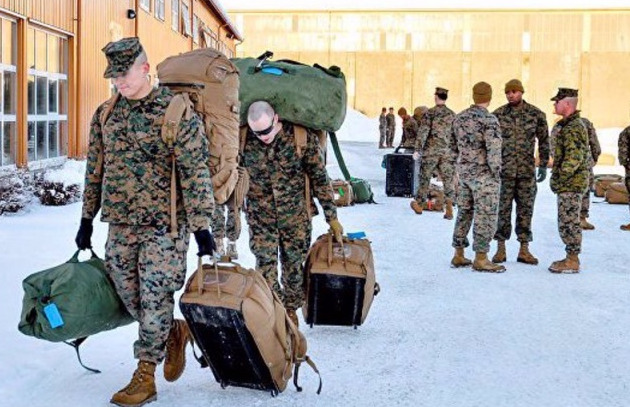 Norway has signed an agreement with the US on how to regulate American military activities on its soil, allowing its NATO ally to build facilities on its airfields and a naval base amid growing tensions between the US-led military alliance and neighboring Russia.

“The agreement regulates and facilitates US presence, training and exercises in Norway, thus facilitating rapid US reinforcement of Norway in the event of crisis or war,” the Norwegian government announced on Friday.

The government further noted that the accord between the two founding NATO members will let the American military build facilities in three Norwegian air bases and one of its naval facilities, which would not constitute separate US bases.

“Our cooperation with our allies is under continuous development. The agreement reaffirms Norway’s close relationship with the US and confirms Norway’s key position on the northern flank of NATO,” Norway’s Foreign Minister Ine Eriksen Soereide said about the military pact made by the country’s minority government of Prime Minister Erna Solberg which must be ratified by the parliament before being enacted.

“Our policies regarding the stationing of foreign forces on Norwegian territory, the stockpiling or deployment of nuclear weapons and port visits remain unchanged,” Soereide added.

Since joining NATO in 1949, Norway has claimed it would not allow the building of foreign bases or the stockpiling of nuclear weapons on its soil, although Western troops would be welcome to conduct military drills there.

The development came as relations between Oslo and Moscow – which had improved in the post-Cold War era — suffered a setback following the unification of the Black Sea peninsula of Crimea with Russia in 2014 after the referendum that overwhelmingly favored the move.

However, the rejoining of Crimea with Russia and the persisting political crisis in neighboring Ukraine provoked tensions between Norway and Russia, triggering a military build-up on both sides of the border and more frequent war games, though both nations also try to cooperate on local issues such as cross-border travel and fisheries.

This is while the Kremlin recently accused the US military of escalating tensions in the resource-rich Arctic region by taking provocative measures there, insisting that Russian activities there do not pose a threat to any country.