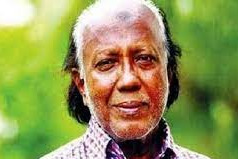 He breathed his last around 9:30am at BIRDEM Hospital in Dhaka on Sunday

He breathed his last around 9am at BIRDEM Hospital in Dhaka on Sunday, confirmed Director’s Guild President Salauddin Lavlu.

Salauddin Lavlu said: “Mohsin passed away while undergoing treatment at BIRDEM Hospital at 9am on Sunday. He was receiving treatment for Covid-19 infection at the hospital for a long time.”

He also said Mohsin, a freedom fighter, should be laid to rest at Mirpur Martyred Intellectuals’ Graveyard with full guard of honour.

A renowned stage and television actor, SM Mohsin served as a member of the Faculty of Drama at Jahangirnagar University, and was the acting director general of the Bangladesh Shilpakala Academy and also the first project director of the National Theatre.