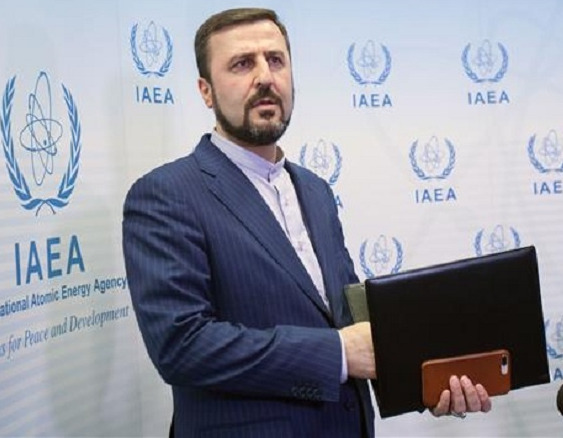 Iran’s permanent representative to Vienna-based international organizations said the United States must present a list of steps it would take to remove sanctions on Iran in order to prove its seriousness in the ongoing talks in Austria’s capital.

“What is pursued and discussed in Vienna is the formation of a clear and transparent image concerning the removal of the sanctions,” Kazem Gharibabadi told reporters on Sunday, IRNA reported.

“Identifying and listing the steps for the removal of sanctions are necessary in order to examine how serious Washington is in its claim that it will return to and fully honor the JCPOA, and to check whether it fits [Iran’s] declared policy,” he said, using the official acronym of the nuclear agreement.

Gharibabadi said Iranian negotiators act in accordance with the Islamic Republic’s principles as set out by Leader of the Islamic Revolution Ayatollah Seyyed Ali Khamenei.

The Iranian negotiators regularly report the results of the talks to senior officials for consideration and decision-making, the top diplomat added.

The talks began early this month and include the remaining parties to the JCPOA, namely Iran, Russia, China, France, Britain and Germany, while excluding the US, which unilaterally left the deal three years ago to give itself leeway to indulge in unprecedented rounds of sanctions on Tehran.

Mikhail Ulyanov, the Russian ambassador to international organizations in Vienna, said on Sunday that the working groups continued to work “on sanctions lifting and nuclear issues in the afternoon yesterday and today.”

“Their tasks are not easy but the process is going on,” Ulyanov said via Twitter.

“It seems that a new understanding is emerging and there is now common ground among all [the sides] on the final goal,” Araqchi, who also serves as Iran’s deputy foreign minister for political affairs, said after the Saturday meeting.