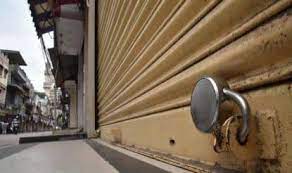 The government has decided to extend the ongoing restrictions on movement by another week.

The decision came from a meeting of secretaries chaired by in Dhaka on Monday.

“It has been decided to extend the ongoing lockdown from April 22 to 28. A proposal has been sent to the prime minister for her approval, following which a gazette notification will be issued,” said State Minister for Public Administration Farhad Hossain.

The move comes in line with the recommendation of the national advisory panel, he said before adding that it would “break the current chain of infection transmission”.

At a meeting on Sunday, the Covid-19 National Technical Advisory Committee (NTAC) recommended extending the lockdown by a week to stem the spread of the deadly virus in the country.

Amid the resurge in infections and deaths, the NTAC had recommended a complete lockdown for at least two weeks. The government has already implemented a weeklong lockdown from April 14.

It suggested reviewing the infection rate before ending the lockdown. A plan should be designed to lift the lockdown gradually, the panel said in a statement sent to the media on Monday.