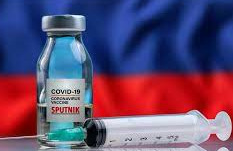 After approving Russia’s Sputnik V COVID-19 vaccine, Bangladesh is set to authorise another shot developed by China, but it may take at least two weeks for the first doses to arrive.
Foreign Secretary Masud Bin Momen briefed the media about the issue after a foreign minister-level virtual meeting on China’s emergency coronavirus vaccine facility for South Asia on Tuesday.

“To prepare the papers, actual movement…it may not be possible (for the doses to arrive) before two weeks,” he said, as the government scrambled to secure vaccine from countries other than India, which has plunged into its own COVID crisis.

Foreign Minister AK Abdul Momen said Bangladesh will give emergency use authorisation to the Chinese vaccine.

“We (government) are moving in the same way for Russian and Chinese vaccines. We (foreign ministry) have done our part. Now the health ministry will import them,” he said.

The Directorate General of Drug Administration on Tuesday approved Sputnik V after Bangladesh suspended the first dosing of the Oxford-AstraZeneca vaccine on a supply crunch.

Maj Gen Mahbubur Rahman, the director general of DGDA, said they hope to get four million doses of the vaccine developed by Russia’s Gamaleya Institute next month.
A government committee will fix the price and volume of the vaccine after discussions with Russia.

Mahbubur also said they were working for the emergency use authorisation of the vaccine developed by China’s Sinopharm.

Secretary Masud said the government is prioritising China and Russia to bring vaccines under government-to-government arrangements.
The government of India is not a party to the deal signed between the government of Bangladesh and the Serum Institute of India, the largest vaccine-maker in the world.

Beximco Pharmaceuticals is the sole distributor of the AstraZeneca vaccine manufactured by Serum.

“We haven’t heard yet (from Serum) about three million doses that we need urgently. ‘Keep your fingers crossed’ is what they (Serum) have always said to us,” Minister Momen said.