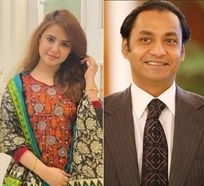 Bashundhara Group Managing Director (MD) Sayem Sobhan Anvir’s bid to secure an anticipatory bail in the case over a woman’s death failed as the hearing of the matter has been suspended.

On Thursday, the High Court bench of Justice Mamnoon Rahman and Justice Khandaker Diliruzzaman said that the court will not entertain anticipatory bail petitions due to the Covid-19 pandemic and restrictions.

The court also declared an indefinite suspension on hearing of anticipatory bail petitions until further notice.

“The matter of hearing anticipatory bail pleas were included in the cause list mistakenly. They will be removed,” Justice Mamnoon Rahman said at the beginning of the day’s proceedings of the bench led by him.
Sayem moved the High Court on Wednesday for bail in the case filed over the death of 21-year-old Mosarat Jahan Munia, who was found dead on Monday at a flat in Dhaka’s Gulshan.

Munia’s family filed a case against Sayem, accusing him of “abetting the suicide.”

Sayem had been involved in a “romantic relationship” with Muniya and used to visit her Gulshan flat, according to the case details. Plaintiff Nusrat Jahan Tania also claimed that Munia’s had told her that her life was under threat, particularly from Sayem’s family.