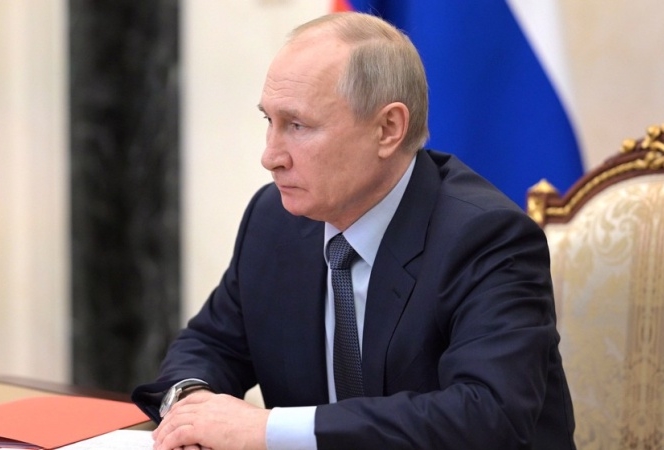 Russian President Vladimir Putin has expressed hope for the revitalization of the 2015 multilateral agreement on Iran’s nuclear program within its original format, amid a diplomatic process in Vienna, Austria, aimed at having the United States rejoin the accord.

According to Press TV, addressing a UN Security Council session on Friday about the developments in the Caspian Sea region, Putin referred to the Vienna negotiations between Tehran and the P4+1 group of signatories to the deal — France, Britain, Russia, China plus Germany — and said “many issues related to the Iran nuclear program are currently being addressed.”

The Russian leader described Iran as a neighbor in the Caspian Sea region, saying that the revival of the nuclear deal — formally called the Joint Comprehensive Plan of Action (JCPOA) — will help Moscow broaden its relations with Iran among the other Caspian Sea littoral countries.

“I hope that everything related to the JCPOA will be restored to its initial state and we will be able to build relations with all participants of the Caspian club and implement all our plans, including those in the Caspian region,” Putin told the Council via video link.

Russian diplomat: US must take first step toward Iran deal

Among the signatories, Russia and China have been standing by Tehran’s argument that Washington should take the first step back toward the deal by removing all the anti-Iran sanctions.

In an interview with France’s Le Monde daily, published on Friday, Mikhail Ulyanov, the Russian ambassador to Vienna-based international organizations, renewed the call for the United States to take the first step since it was the Americans that created problems by their departure.

Ulyanov criticized Washington for freezing Iranian assets abroad as an “unlawful measure,” saying it is time for the Biden administration to free Iran’s assets blocked in South Korea and Japan as a “good will” gesture.

The senior Russian diplomat also expressed hope for a “diplomatic success” in efforts to end the stalemate over the Iran deal in the weeks to come.