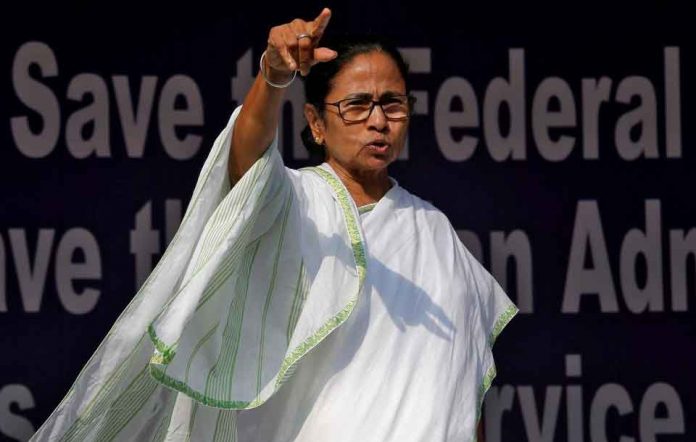 The Trinamool Congress won a landslide victory in West Bengal

Trinamool Congress leader Mamata Banerjee is scheduled to take oath as the chief minister of West Bengal for the third consecutive time on Wednesday.

The newly-elected members of the legislative assembly (MLAs) of the Trinamool Congress unanimously elected Mamata as the legislative party leader at a meeting held at the party headquarters in Kolkata, he said.

Bucking anti-incumbency, Mamata scripted history on Sunday by single handedly pulling off an astounding victory in the assembly election. She not only staved off a massive challenge from India’s ruling BJP but also decimated the Left Front, reports UNB.

“This is Bangla’s win… this is Bengal’s win… this is your win. This win has saved Bengal, it has saved the culture and tradition of Bengal,” she said, addressing a press meet on Sunday evening.

Mamata led her party to one of its biggest political victories, pocketing 213 of the 292 assembly seats that went to polls and secured a third straight term in office.

TMC supremo, however, lost by 1,956 votes in Nandigram to former aide and now-BJP leader Suvendu Adhikari.

Mamata, however, made it clear in that presser only that she would challenge the result in a court of law. “How come the Election Commission reversed the results in Nandigram after formally announcing it? We will move court.”
Mamata alleged that the officer-in-charge of Nandigram feared for his life and so he did not give a recounting order.

However, despite losing that seat she can still become the chief minister. For that, she would be required to contest election and become a member of the assembly within six months as per Article 163-164 of the Indian Constitution.

The BJP though has made major gains in Bengal, winning some 77 seats. In 2016, the party had just three legislators in the state. However, the Left Front has failed to grab a single seat this time. The Left Front ruled Bengal for 34 years – from 1977 to 2011.

While Mamata harped on being Bengal’s daughter, the BJP had asked people to vote for “change and socio-economic development” after 50 years of Communist and Trinamool Congress rule.