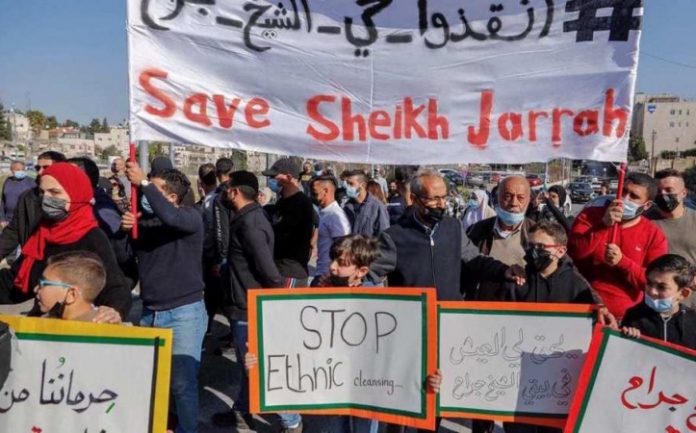 Palestinian Minister of Foreign Affairs and Expatriates Riyad al-Maliki has called on the International Criminal Court (ICC) to take a firm stance against Israel’s land grab and home demolition policies in East al-Quds, as hundreds of Palestinians are facing an imminent threat of eviction from their homes in the occupied territories.

In a letter sent to ICC chief prosecutor Fatou Bensouda on Monday, Maliki urged the international tribunal to voice its strong opposition to Israeli regime actions and crimes against the residents of Sheikh Jarrah neighborhood, where Palestinian homes and structures are being demolished for the construction of a new settlement outpost in the area, Palestine’s official Wafa news agency reported.

He further denounced the latest decision by an Israeli court in the case of Sheikh Jarrah as “unacceptable” and “inadmissible,” saying it completely contradicts international law and is particularly in favor of Israeli settlers.

A day earlier, an Israeli court ruled that at least six Palestinian families must vacate their homes in the area by Thursday, despite having lived there for generations.

The same court also ruled that seven other Palestinian families face eviction from their homes by August 1. That is a total of 58 people, including 17 children.

Maliki went on to say that the decision constitutes a flagrant and serious violation that equates between the executioner and the victim, adding that it reveals the extent of the court’s involvement in legitimizing and covering the violations and crimes of the Israeli regime and settlers.

The latest development comes as Palestinian Minister of al-Quds Affairs Fadi al-Hadami has already called on the international community to promptly intervene and take immediate action in order to halt the Israeli regime’s expulsion of Palestinians from their homes in Sheikh Jarrah.

The West Bank-based Fatah party has also called on the United Nations and the UN Security Council to fulfill their legal responsibilities and act against Israel’s imminent plan to displace hundreds of Palestinians from their homes, lands and properties in Sheikh Jarrah.