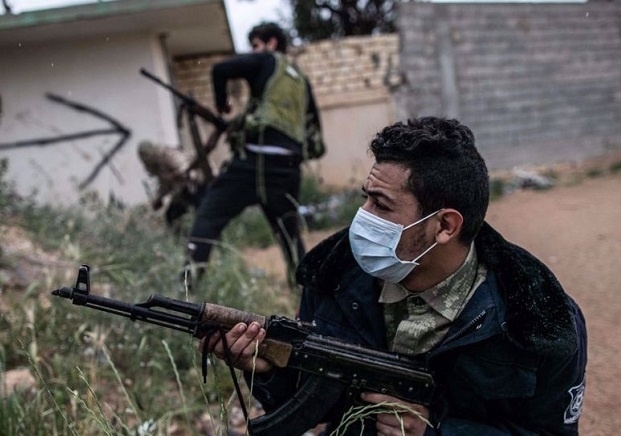 Armed men have attacked a hotel employed as a headquarters by Libya’s Presidential Council in the capital Tripoli.

According to Press TV, images posted on social media show dozens of armed men at the entrance of Hotel Corinthia on Friday.

Presidential Council Spokeswoman Najwa Wheba confirmed that armed men had stormed “one of the headquarters where the Council meets.”

She said no one was harmed.

The Head of the Presidency Council’s Office, Mohamed al-Mabrouk, however, denied that men who entered the hotel had been armed or used force.

“There was no kidnapping, gunfire, or an attack on me or the hotel,” he said on Saturday.

Mabrouk said he had been in the hotel at the time of the incident.

Libya has been grappling with unchecked violence since the overthrow of former dictator Muammar Gaddafi during an uprising backed by NATO in 2011.

Since 2014, the country has been the scene of fighting between government forces and armed rebels.

The rebels are supported by the United Arab Emirates (UAE), Egypt, and Jordan. And the government forces are backed by Turkey.

A UN-mediated ceasefire in October, finally created a unified government, led by Prime Minister Abdulhamid Dbeibah and the Presidential Council.

The interim government will run the country until presidential and parliamentary elections on December 24.