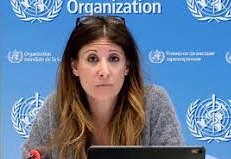 The World Health Organziation said on Monday that the coronavirus variant first identified in India last year was being classified as a variant of global concern, with some preliminary studies showing that it spreads more easily.
The B.1.617 variant is the fourth variant to be designated as being of global concern and requiring heightened tracking and analysis. The others are those first detected in Britain, South Africa and Brazil.

“We are classifying this as a variant of concern at a global level,” Maria Van Kerkhove, WHO technical lead on COVID-19, told a briefing. “There is some available information to suggest increased transmissibility.”

The WHO has said the predominant lineage of B.1.617 was first identified in India in December, although an earlier version was spotted in October 2020.

The variant has already spread to other countries, and many nations have moved to cut or restrict movements from India.
Van Kerkhove said more information about the variant and its three sub-lineages would be made available on Tuesday.

“Even though there is increased transmissibility demonstrated by some preliminary studies, we need much more information about this virus variant and this lineage and all of the sub-lineages,” she said.

Soumya Swaminathan, WHO chief scientist, said studies were under way in India to examine the variant’s transmissibility, the severity of disease it causes and the response of antibodies in people who have been vaccinated.

“What we know now is that the vaccines work, the diagnostics work, the same treatments that are used for the regular virus works, so there is really no need to change any of those,” Swaminathan said.

WHO director-general Tedros Adhanom Ghebreyesus said that the WHO Foundation was launching a “Together for India” appeal to raise funds to purchase oxygen, medicines and protective equipment for health workers.