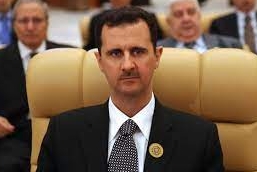 The final list of those eligible to participate in Syria’s presidential elections has been announced, at the Higher Constitutional Court on Monday.

According to Press TV, Abdullah Abdullah is a former MP while Mahmoud Merie is a Syria based opposition figure.

According to the Court, candidates are allowed to start campaigning on the 16th of May, 10 days before the date of the elections in Syria.

However, individuals, and even public and private bodies have already filled the streets of President Assad posters, in a wide show of support that indicates who is likely to win.

Presidential elections this year are different from any previous ones from many aspects.

This is an unprecedented election process in Syria’s history as for the first time, more than 50 persons applied to become a candidate, among them women. In April, the People’s Assembly officially announced the date of the elections including the terms that should be met for those who wish to run, which included the votes of at least 35 MPs