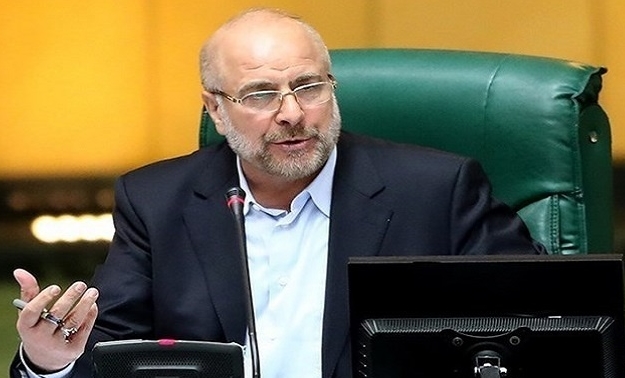 Speaker of the Iranian Parliament (Majlis) Mohammad Baqer Qalibaf called on the parliaments of Muslim countries and international organizations to take immediate action to end the Zionist regime’s new wave of violence and systematic violation of Palestinian rights.

According to Tasnim news agency, Qalibaf on Wednesday sent letters to his counterparts in the Muslim countries and a number of non-Muslim states, directors of the Islamic, Asian and international inter-parliamentary unions, and Secretary-General of the United Nations Antonio Guterres to condemn the escalation of the Israeli regime’s aggression against Palestinian worshipers at Al-Aqsa Mosque.

Describing the deterioration of Zionist crimes against Palestinians in al-Quds as a threat to world peace and security, Qalibaf called on parliaments, governments, and international organizations to address the critical situation in Palestine and take effective measures for an immediate end to the Zionist regime’s atrocities.

The Iranian speaker also stressed the need to employ the good offices of Muslim parliaments to put an end to the systematic violation of rights of Palestinian civilians and to use the available mechanisms to support Palestine, such as prosecuting and bringing to justice those involved in the Zionist regime’s crimes.

The Israeli regime’s aggression and violations against the Palestinians have witnessed a shocking spike since the beginning of the Muslim holy fasting month of Ramadan.

Since early Ramadan, the Israeli military and illegal settlers have been launching brutal crackdowns on Palestinians throughout the occupied territory of the West Bank. The greatest part of the violence has targeted the holy city of al-Quds, where the military and the settlers have been trying to prevent Palestinians from gathering and performing their religious duties.

The barbarous measures have seen the regime attacking thousands of Palestinian worshipers on the al-Aqsa Mosque’s compound in al-Quds’ Old City.

Also during Ramadan, the Israeli military attacked the al-Quds’ neighborhood of Sheikh Jarrah, trying to force Palestinians into leaving their homes.

The regime has also carried out numerous attacks against the Tel Aviv-blockaded Gaza Strip, whose residents have risen up in solidarity with their fellow Palestinians in al-Quds