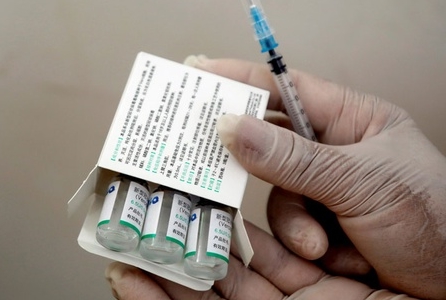 The Directorate General of Drug Administration or DGDA has brushed aside news that a local pharmaceutical company got permission to produce the COVID-19 vaccine developed by China’s Sinopharm.
The government expects to buy vaccines from China and Russia after a devastating second wave of infections in India caused the supply crunch.

It also hopes to sign deals with the countries for the production of the shots in Bangladesh.

The government has indeed cleared the path for the local companies to produce foreign vaccines with a hope to bolster supply amid a shortage enough doses.

But the Bangladeshi firms will first need the government’s permission to go into production of the vaccines.
After approving the Sinopharm vaccine on Apr 29, DGDA Director General Maj Gen Mahbubur Rahman said three Bangladeshi companies have the capacity to produce the vaccines.

Some media outlets on Sunday reported that one of the companies, Incepta Pharmaceuticals, received the permission to begin production.

The reports prompted Mahbubur to confirm in a notice that the directorate has not given the permission to any firm.

He also asked the media not to mislead the people.