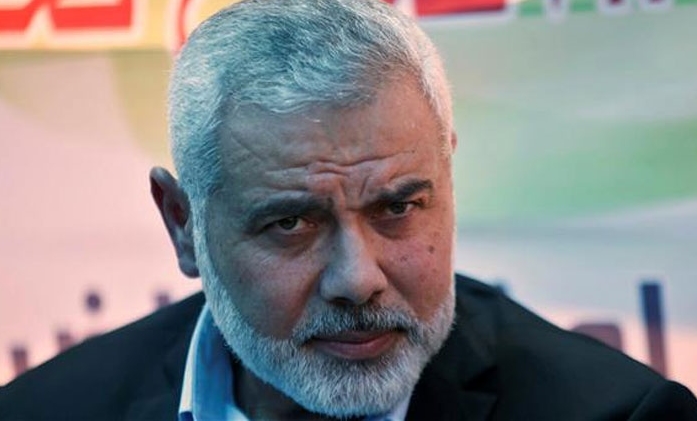 The head of the political bureau of the Palestinian resistance movement Hamas has offered his warm gratitude to Iran, saying the Islamic Republic is one of the front-runners in championing the cause of Palestine and al-Quds.

“Through your Excellency, I would like to send my regards to the Leader and the people of Iran and emphasize that the Islamic Republic of Iran is one of the leading countries in supporting the cause of Palestine and Holy al-Quds,” Ismail Haniyeh said in a phone call with Ali Akbar Velayati, a senior Advisor to Leader of the Islamic Revolution Ayatollah Seyyed Ali Khamenei.

According to Press TV, Haniyeh pointed out that an extensive battle is ongoing for the liberation of al-Quds and said resistance is a symbol of sacredness and purity which has unified all Palestinians to support al-Quds and al-Aqsa Mosque.

“We ask God to make Islam and Muslims victorious both in Palestine and in Iran,” he added.

Velayati also thanked Palestinians for their struggle, courage, prudence and perseverance in the face of Israeli crimes, voicing hope that a meeting will be held in Iran soon after the Palestinians’ victory.

“The honorable people of Palestine have resisted the crimes of the occupying Zionist regime for more than a quarter of a century. They have fought and offered martyrs to show that they are the flag-bearers of the Islamic awakening,” said Velayati, who is also the secretary general of the World Assembly of Islamic Awakening.

On Sunday, Velayati told Ziyad al-Nakhalah, the Secretary-General of the Palestinian Islamic Jihad, that Iran will continue to fully support Palestine against the Israeli regime’s atrocities.

He predicted that the divine promise on the liberation of all occupied Palestinian lands and al-Quds will come true.

Nakhalah, for his part, hailed Ayatollah Khamenei’s brave stance on the Palestinian issue and said no other country has adopted such a position.

“Regrettably, due to the disgraceful support of some Western states, we see that the aggression of the Zionist regime has intensified, and therefore, the Palestinian people, who are fighting to regain all their rights, have an inherent and natural right to defend themselves,” Foreign Ministry Spokesman Saeed Khatibzadeh said at the beginning of his weekly press conference on Monday.

Khatibzadeh said “legitimate resistance” is the only way to counter the aggression and occupation of the Israeli regime until the steadfast nation of Palestine achieves all its rights and exercises its sovereignty over the entire land of Palestine.

He underlined that safeguarding Palestine’s rights is not an “Arab-Islamic” issue, and urged the international community to join hands with Islamic and freedom-seeking countries to stand by the brave people of Palestine against Israeli violence.