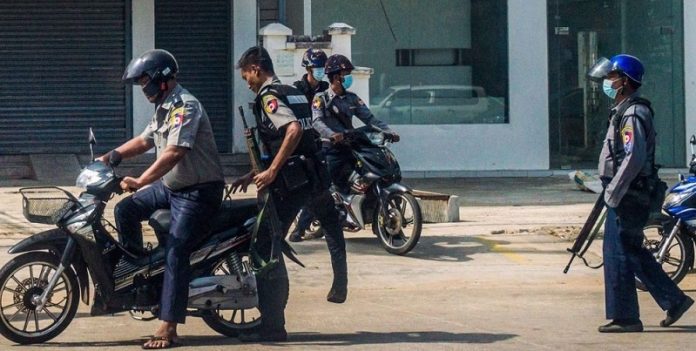 At least six armed fighters have been killed after days of clashes with the military in northwestern Myanmar amid anti-coup protests that have sparked fears of a civil war in the Southeast Asian country.

According to Press TV, recent media reports said that Myanmar’s army had attacked fighters of the Chinland Defense Force (CDF) in the northwestern town of Mindat, in what was described as “some of the heaviest” rounds of fighting with local armed groups opposing the military coup.

In a statement released on Sunday, the CDF confirmed that six of its fighters lost their lives during violent clashes over the past few hours across the troubled region.

“Six members of our CDF who tried to protect the security of the people in Mindat attacked (junta forces) and sacrificed their lives for the national revolution,” the statement read.

A spokesman for the group also said over 10 members had been wounded during the fierce battles, while five Mindat residents were arrested by the military.

He said CDF fighters set fire to several army trucks, destroying them, and ambushed reinforcement troops, while the military has attacked the town with artillery.

By Sunday, the CDF had retreated into the jungle, the spokesman said. “We will not stay anymore in the town… but we will come back to attack soon,” he said. “We only have homemade guns. This was not enough.”

He added that residents remaining in Mindat were afraid to leave their homes for fear of being targeted by the military.

The town and its surroundings have been under martial law since Thursday.