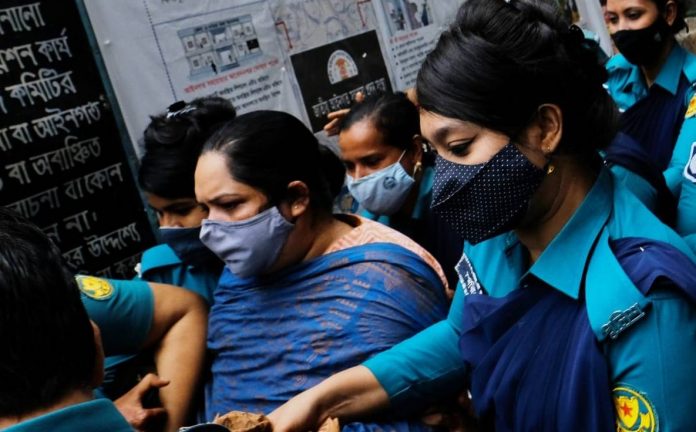 Prothom Alo Senior Reporter Rozina Islam, who was confined to a government office and later arrested under the Official Secrets Act, said she has been treated wrongfully for reports on irregularities at the Health Ministry.

She made the remarks in presence of journalists while being taken to jail after a Dhaka court rejected police’s plea to remand her.
“I’m being wronged for my reports on Health Ministry,” Rozina, escorted by police, said when a reporter asked if she has anything to say.

Law enforcers were then heard saying that she is not allowed to speak to the media.
Health Ministry officials turned Rozina over to police on Monday after confining her at the office of Saiful Islam Bhuiyan, the personal secretary to health services division secretary. She was later sued under the Official Secrets Act and the Penal Code for ‘theft and photographing’ of official documents.
On Tuesday, a Dhaka court turned down police’s appeal to quiz Rozina in custody for five days.
She has been taken to the Kashimpur prison in Gazipur, where she will be detained until the next hearing of her bail petition on Thursday.