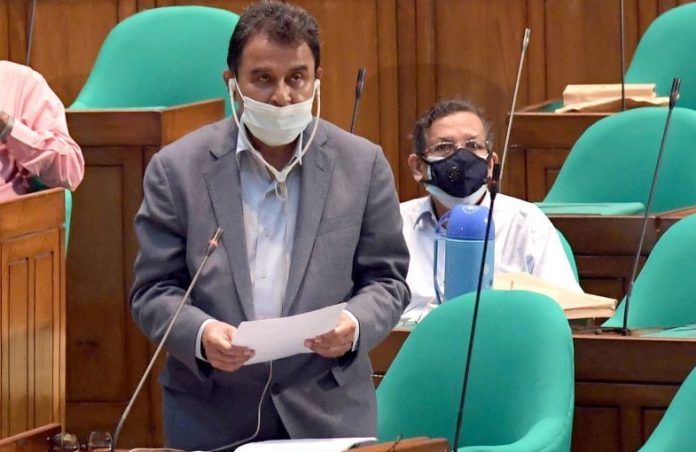 If this undisclosed money is not brought back to the mainstream economy, then the economy will not get treatment in a proper way’

Finance Minister AHM Mustafa Kamal on Wednesday said that the government would retain the provision for whitening undisclosed money in the next national budget for FY22 to bring that money into the mainstream of the economy.

The finance minister said this virtually while responding to a question of a reporter after chairing two separate meetings on Cabinet Committee on Economic Affairs and the Cabinet Committee on Government Purchase (CCGP).
Noting that undisclosed money increased over the years due to the system of the country, Kamal said that if this undisclosed money could not be brought back to the mainstream of the economy, then the economy would not get treatment in a proper way.

Highlighting some of the reasons like high registration fees, stamp fees for the increasing trend of such undisclosed money, he said the government is gradually reducing income tax rate, stamp duty and registration cost so that everyone could pay tax with ease and comfort and there is more revenue collection.

The finance minister said once upon a time, there was high income tax in the country, but with the passage of time, income tax is being reduced gradually in line with the other economies of the world.

“Undisclosed money will be eliminated gradually from the economic system of the country,” Kamal said, adding that all would have to wait till the placing of the national budget for FY22 on June 3 to know in which areas the scope for whitening undisclosed money would remain in place.

The finance minister in the last budget for the current fiscal year offered the unlimited scope for legalization of untaxed money and assets for a year between July 1, 2020 and June 30, 2021 along with indemnity to owners of such assets on condition that a specified rate of taxe is paid.
Asked about the recent rise of per capita income to $2,227, Kamal attributed this to the courageous role and announcement of stimulus packages one after another by Prime Minister Sheikh Hasina to offset the shock of the Covid-19 pandemic.

He also said that she has touched almost all areas for which the macroeconomic fundamentals are on the rise and there is no negative element.

“Inward remittance flow will undoubtedly reach $50 billion in the next fiscal year (FY22),” Kamal said, adding that the non-performing loan has now come down to 7.66% while the interest rate to 7.4%.
Besides, he said, the market capitalization in the stock market has totaled Tk4.95 lakh crore which was Tk3.12 lakh crore in June last year. Side by side, he said, the revenue collection witnessed a 11.8 percent growth till April, the balance of payment is now surplus with $6.88 billion while the current account balance is also now surplus with $1.56 billion.

“We are doing much better compared to others due to the timely steps and measures taken by the Prime Minister,” Kamal said, adding that the money supply is now much higher while the rural economy is also booming now.

Replying to another question, he said that imports are also increasing in the country as $1.7 billion was paid in this May as ACU payment.