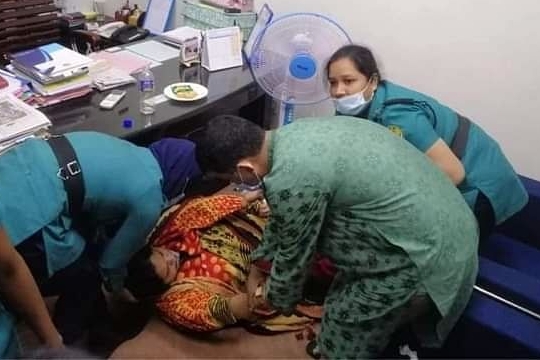 Amnesty International on Wednesday said that Prothom Alo Senior Correspondent Rozina Islam should not be punished for her fulfilling her journalistic duty.

“The prosecution of Rozina Islam under the Official Secrets Act is a brazen attack on the right to freedom of expression and the ability of Bangladeshi society to seek and receive information. Information about how the government is procuring Covid-19 vaccines is in the public interest and should not be hidden behind national security locks,” said Amnesty International’s South Asia Campaigner, Saad Hammadi, in response to the detention of Bangladeshi journalist Rozina Islam on allegations of stealing confidential official documents and espionage.

“The way in which the public health sector operates during the pandemic is of critical public interest. Rozina Islam has exposed irregularities in Bangladesh’s health sector for the past few months during the Covid-19 pandemic and her arrest points to an increasing trend of a wider crackdown on freedom of expression through draconian laws to silence critical or dissenting views,” he added.
“The circumstances of Rozina Islam’s arrest and the failure of the authorities to provide concrete evidence pointing to a recognizable criminal offence raise further concerns that she is being targeted for her critical reporting. In the absence of such evidence, the authorities must release her immediately,” he said in a statement.

On Monday, the Bangladeshi authorities held Rozina Islam, a journalist at leading Bangla newspaper Prothom Alo, incommunicado for five hours within the health ministry. A deputy secretary of the health ministry subsequently accused her of stealing confidential official documents from the health ministry under the colonial era Official Secrets Act 1923 and the Penal Code of Bangladesh.
Prothom Alo’s managing editor Sajjad Sharif told Amnesty International that Rozina Islam has produced several investigative reports critical of the public health sector during the Covid-19 pandemic. The newspaper feels that the actions taken against her are a result of the authority’s grievance against her.