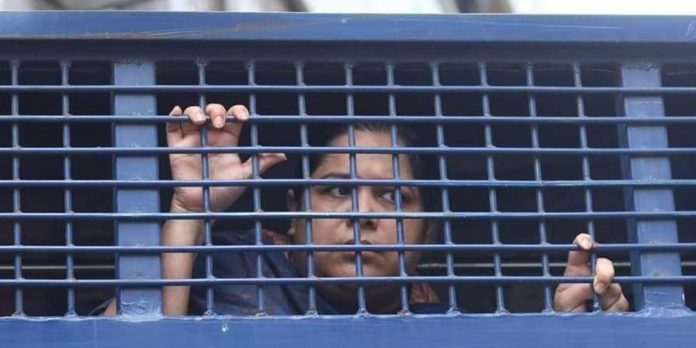 A Dhaka court heard a bail petition for Rozina Islam, a Prothom Alo reporter arrested over a case under the Official Secrets Act, but has deferred its decision until Sunday.
Following the arguments from both sides, Dhaka Metropolitan Magistrate Baki Billah, who presided over the hearing on Thursday, said he would examine the documents and a decision would be made in the shortest possible time.

Later the court announced the decision would be delayed to Sunday.

This means that Rozina Islam will remain at the Kashimpur jail in Gazipur.

Assistant Public Prosecutor Hemayet Uddin Khan opposed the bail and said during the hearing: “Evidence was seized from the suspect, and it would not be right to grant bail under these circumstances.”
Ehsanul Haque Shomaji, one of the lawyers for Rozina, said: “None of this ‘evidence’ was described in the FIR. The evidence that is being mentioned was manipulated.”

The Official Secrets Act is a remnant of the British colonial era and has rarely been used in Bangladesh, even fewer against a journalist, said Shomaji. In India, the law has been used in cases of espionage, he said.

Members of Rozina’s family, including her husband Monirul Islam, and colleagues, including Prothom Alo Associate Editor Anisul Hoque, also came to the court
But, as the hearing took place virtually, Rozina was not brought to court and remained at Kashimpur jail.

On May 17, Rozina was confined to a room of the Secretariat’s Health Services Division for more than five hours over allegations of spiriting away important government documents and taking photos of the papers.

Rozina denied any wrongdoing. Her colleagues said she might have been targeted for her reports on irregularities in the health ministry amid the coronavirus pandemic. Her family also complained that she was physically harassed while being held at the Secretariat.

A Dhaka court on Tuesday turned down a police plea to interrogate Rozina in their custody.