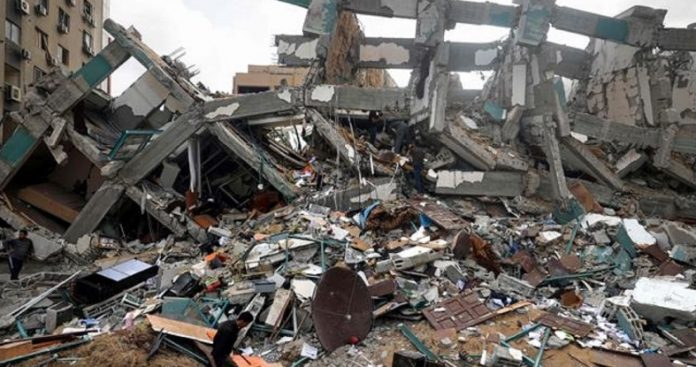 Syrian Minister of Foreign Affairs and Expatriates Faisal al-Miqdad has criticized UN Security Council over its inaction to maintain international peace and security, saying its failure is encouraging the Israeli regime to continue its aggression and crimes against the Palestinians.

Miqdad, in a message addressed to the UN General Assembly read out by Syria’s Permanent Representative to the United Nations Bassam Sabbagh, said the new Israeli war on the besieged Gaza Strip and its repeated assaults across the occupied West Bank, including al-Quds, are in line with the regime’s continuous acts of aggression in the region, including against Syria and Lebanon, and its support for terrorist groups.

Palestinians, he said, have been experiencing forced displacement, demographic change and expropriation of their territories, blockade as well as gross violation of their rights over the past seven decades, making their issue a lingering human tragedy unparalleled in modern history.

The Syrian foreign minister said Israel’s practices against Palestinians have dashed hopes for the settlement of Palestinian-Israeli conflict on the basis of international resolutions.

Israeli regime’s announcement of its readiness to wage endless wars in West Asia suggests the need for concrete measures by the international community to stop the regime’s crimes and its occupation of Arab lands, including the Syrian Golan Heights.

Miqdad reiterated Syria’s support for the Palestinian nation and their right to establish an independent sovereign state with al-Quds as its capital.

Iraq’s permanent representative to the United Nations also called on the international community to stand up to the regime of Israel and its settlement expansion policies.

“Iraq condemns the Zionist regime’s aggression against Palestinian people, and considers it as a flagrant violation of human rights, international conventions, UN Security Council resolutions and an obstacle to peace process in the region,” Mohammad Hussein Bahr al-Uloom said at the UN General Assembly.

“Assaults on al-Aqsa Mosque, prevention of worshipers from entering the site to perform religious rites, attacks on innocent civilians followed by brutal and vicious raids on the occupied city of al-Quds, Sheikh Jarrah neighborhood and the Gaza Strip, destruction of critical infrastructure and housing complexes as well as forced displacement of people from their homes attest to the Tel Aviv regime’s expansionist policies and show it does not seek a peaceful and stable solution in the region.”

Bahr al-Uloom said Iraq’s firm and principled position is to offer unwavering support to the aspirations of the Palestinian people, who have suffered financial losses for generations to assert their inalienable right to an independent state with holy al-Quds as its capital.

At least 248 Palestinians, including 66 children, were martyred in the Israeli bombardment of the densely populated coastal enclave. Israel’s bombardment also brought widespread devastation to the already impoverished territory.