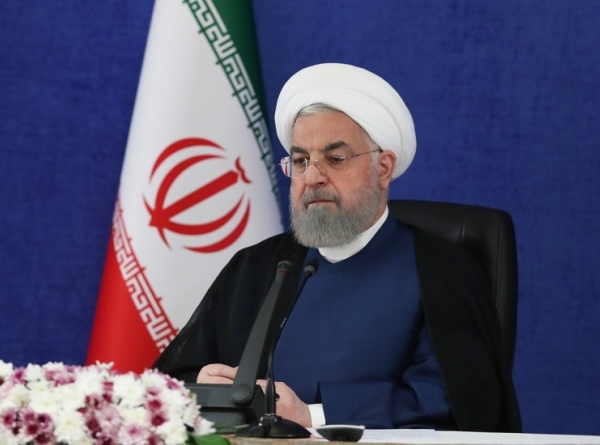 Iran President Hassan Rouhani says unity and solidarity among the Palestinians and a decisive response given by people in the Gaza Strip during the recent battle against the Israeli regime marked a big and valuable victory for the nation.

“In the Palestinian people’s recent confrontation with the Zionist regime (Israel), we witnessed unprecedented solidarity and unity which brought together all Palestinians living in different parts of this territory and even the Palestinian diaspora, who all displayed unparalleled unity, and we congratulate all of them on this victory,” Rouhani said on Saturday.

He added that the Palestinian people in the West Bank, the Gaza Strip and those who are living in refugee camps outside Palestine and those in the 1948-occupied territories were united in the 12 days of full-blown war with the Israeli regime.

“Nations around the world also had extraordinary support and solidarity with the Palestinian people, but some Western countries unfortunately adopted wrong stances on the confrontation and even supported the usurping Zionist regime,” the Iranian president stated.

He noted that most Muslim countries took a positive stance on the conflict, but the Arab world was expected to play a more active role as a number of Arab states “remained silent until the last days” of the Israeli atrocities.

Rouhani said the Palestinian people succeeded, through their resistance, in clinching victory against the Zionist regime, which is both armed to the teeth and is supported by many countries.

Israel launched a bloody bombing campaign on Gaza on May 10 after harassment of Palestinians in al-Quds and attempts to steal their lands in the Sheikh Jarrah neighborhood of the city.

The occupying regime announced a unilateral ceasefire on Friday, which was accepted by the Palestinian resistance groups in Gaza with Egyptian mediation.