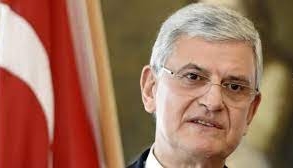 The visit reflects Bangladesh’s importance to the global body, says the UN resident coordinator in Dhaka

The president of the 75th session of the United Nations General Assembly (UNGA), Volkan Bozkır, arrives in the capital on Tuesday morning on a two-day trip reflecting the importance of Bangladesh to the global body.

“I am soon leaving for Dhaka and looking forward to our discussions there which sure will be fruitful,” the UNGA president tweeted on Monday.
The visit of the UNGA president is a reflection of Bangladesh’s importance to the UN,” Mia Seppo, the UN resident coordinator in Dhaka, told media on Sunday .

In Dhaka, Bozkir, a Turkish diplomat, will be received by Prime Minister Sheikh Hasina and meet bilaterally with Foreign Minister Dr AK Abdul Momen, according to the UNGA website.

He will also deliver remarks to the Foreign Services Academy. His statement will address the current international context – with a focus on global crises and emergencies – and reflect on the state of multilateralism and the UN system.

The president will also meet with the UN country team in Bangladesh.

While in Bangladesh, the president will also travel to Cox’s Bazar to meet with Rohingyas who had to flee from their homes in Rakhine due to the atrocities orchestrated by Myanmar security forces, local Buddhist mobs, and people belonging to different ethnic group.

Over there, he will be briefed on and observe the vital work undertaken by UN resident coordinator and the UNHCR representative.

About the visit of Bozkir to the Rohingya camps, UN Resident Coordinator in Bangladesh Mia Seppo told this correspondent: “It is a recognition from the UN to the generosity of Bangladesh with regard to the Rohingyas.”

“Looking forward to my upcoming official visit to Bangladesh and Pakistan on May 25-27 to discuss the multilateral system and shared challenges,” Bozker tweeted.

The UNGA president will also deliver a speech at the Foreign Services Academy, said the UN office in Dhaka. His speech will address the current international context – with a focus on global crises and emergencies – and reflect on the state of multilateralism and the UN system.

He will also meet the UN country team.