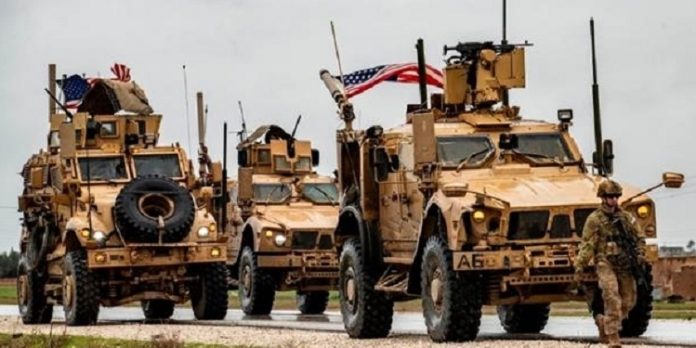 Dozens of US military trucks have left Syria’s northeastern Province of Hasakah for the semi-autonomous Kurdistan region in northern Iraq, carrying tons of grain.

The sources said that another convoy of 11 US military trucks left Syria for Iraq through the same border crossing hours later.

The developments took place only a day after a convoy of 86 US military trucks, accompanied by dozens of armored vehicles, crossed al-Waleed Border Crossing from Kurdistan region in northern Iraq, and entered Kharab al-Jir Military Base in the Yarubiyah district of Syria’s Hasakah Province.

The US military has stationed forces and equipment in northeastern Syria, with the Pentagon claiming that the troops deployment are aimed at preventing the oilfields in the area from falling into the hands of Daesh terrorists. Damascus, however, says the deployment is meant to plunder the country’s resources.

Syrian Minister of Petroleum and Mineral Resources Bassam Tomeh told state-run and Arabic-language al-Ikhbariyah Syria television news network on March 18 that the US and its allied Takfiri terrorist groups are looting oil reserves in the war-stricken Arab country, revealing that Washington controls 90 percent of crude reserves in oil-rich northeastern Syria.

He noted that the cost of direct and indirect damage to the Syrian oil sector stands at more than $92 billion.

The US first confirmed its looting of Syrian oil during a Senate hearing exchange between South Carolina Republican Senator Lindsey Graham and former US Secretary of State Mike Pompeo in late July last year.