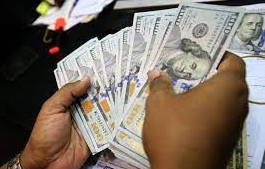 In a historic first, Bangladesh will be lending $200m from its forex reserve in a currency swap deal

For the first time in its history, Bangladesh is going to do a $200 million currency swap with Sri Lanka, which is struggling to maintain a moderate foreign exchange reserve.

The Bangladesh Bank board on Sunday approved in principle a draft $200-million currency swap deal with the island country in South Asia.

The currency swap agreement would be finalized after being legally vetted by the government, said a senior official of the central bank.

“The board of the Bangladesh Bank has decided in principle to lend $200-250 million from Bangladesh’s reserves to Sri Lanka for three months,” Mohammad Serajul Islam, a spokesman for the country’s central bank, told AFP.

The central bank would get around 1-2% plus London Interbank Offer Rate (LIBOR) from Sri Lanka as interest.

The deal will be for one year during which the fund will be provided. After getting the entire amount, Sri Lanka will have to repay it within three months.

Sri Lanka’s forex reserves currently stand at around $4 billion, or 4.76% of its GDP, while Bangladesh’s reserves are nearly 12% of the GDP.

But Sri Lanka’s GDP per capita of $3,852 is more than double that of Bangladesh, according to the latest World Bank data.

The initiative was taken after Sri Lankan Prime Minister Mahinda Rajapaksa’s visit to join the celebrations of the golden jubilee of Bangladesh’s independence and the birth centenary of Bangabandhu Sheikh Mujibur Rahman.

Bangladesh’s foreign exchange reserves on May 3 hit a record $45.10 billion amid the Covid-19 pandemic.

Remittance inflow has played a vital role behind the surge in foreign exchange reserves, said Bangladesh Bank officials.
With the reserve tally, it would be possible to meet the import payment of more than 10 months, they said.

Two weeks ago, Sri Lanka secured a $500 million loan from South Korea, a month after a similar loan from China was issued, as the island battles a dollar shortage and debt crisis.

China’s central bank also granted a $1.5 billion currency swap to finance imports from China in February as the rupee hit a record low of 202.73 to the dollar.

At the end of April, Sri Lanka said its economy shrank 3.6% last year due to the Covid-19 pandemic, making it the worst downturn since independence from Britain in 1948, reports AFP.