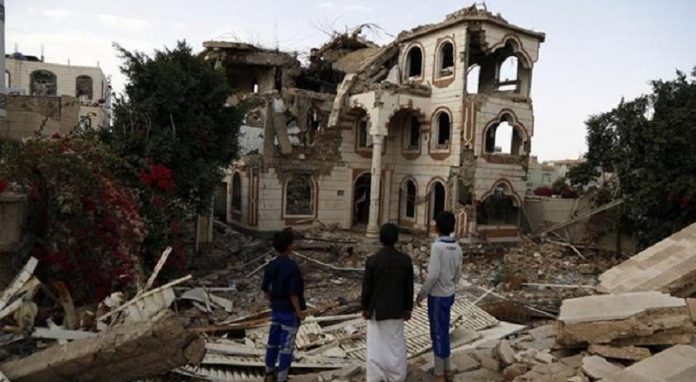 At least three people have been killed in an artillery attack by the Saudi-led military coalition in Yemen’s northwestern province of Sa’ada, as the Riyadh regime and its allies continue their aggression against the impoverished West Asian country.

Local sources, speaking on condition of anonymity, told Yemen’s Arabic-language al-Masirah television network that the civilians lost their lives on Thursday as Saudi-led troops shelled al-Raqou area in the Monabbih district of the province.

A security source said the bodies of the victims had arrived at the Republican Hospital of the provincial capital city of Sa’ada.

Late on Wednesday, Saudi fighter jets launched eight airstrikes against the Sirwah district in Yemen’s strategic central province of Ma’rib, but there were no immediate reports about possible casualties and the extent of damage caused.

Saudi warplanes also pounded the al-Hazm district in the northern province of al-Jawf, with no reports of casualties and damage quickly available.

The Saudi military aggression has left hundreds of thousands of Yemenis dead, and displaced millions more. The Saudi war has also destroyed Yemen’s infrastructure and spread famine and infectious diseases across the country.