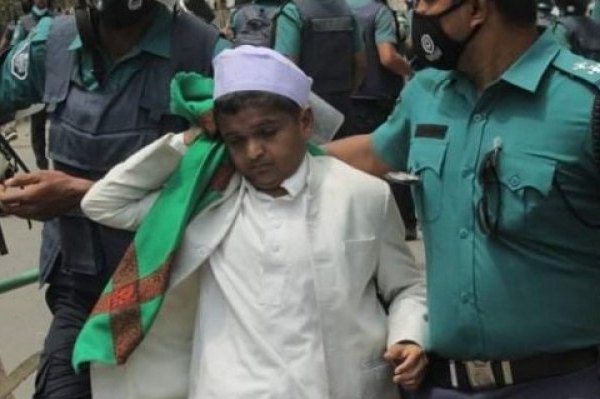 “Shisu Bokta” (child speaker) Rafiqul Islam Madani has given confessional statements in the cases filed against him under the Digital Security Act and Pornography Act by Rapid Action Battalion.

When produced before the court of Gazipur Senior Judicial Magistrate Sheikh Nazmunnahar on Friday, Rafiqul Islam Madani gave a confessional statement under section 164 of the Code of Criminal Procedure (CrPC) in the court on Friday.

He confessed to the charges filed against him by the Rapid Action Battalion (RAB), he added.

Shubhashish Dhar said RAB-1 investigative officer interrogated Rafiqul Islam Madani, who was arrested in a case filed by the RAB at the Gachha police station in the metropolis, on a one-day remand.
After the questioning, Madani was produced in the Gazipur Senior Judicial Magistrate court on Friday.

After forensic tests of the seized mobile phone, experts said Madani used to regularly view adult pictures and videos on his mobile phone, and he would also store and distribute the website link to others. Subsequently, an accusation under section 8 (5) (a) of the Pornography Control Act 2012 was added in the case filed against him.

Two cases have been filed against him under the Digital Security Act.
On the morning of April 7, RAB-1 members arrested Rafiqul Islam Madani from his house in Letirkanda area of Purbadhala upazila of Netrokona district. He was handed over to Gachha police station in Gazipur on the same night.

On April 8, RAB-1 Nayeb Subedar Md Abdul Khaled filed a case against Rafuqul under the Digital Security Act. Rafiqul Islam Madani was produced in the court of Gazipur Senior Judicial Magistrate Md Shariful Islam after being shown as arrested in the case.

After the hearing, the court ordered him to be sent to Gazipur District Jail.

He was later transferred to Kashimpur Central Jail-2 on April 10.

A separate case was filed against him under the Digital Security Act with GMP’s Basan police station on April 11.

Earlier, on March 26, police detained Rafiqul from Motijheel during a demonstration protesting Indian Prime Minister Narendra Modi’s Dhaka visit, but he was released a couple of hours later.