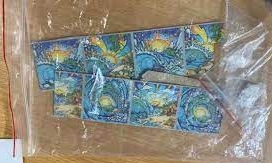 Police have arrested another five individuals over the possession of banned hallucinogenic drug Lysergic Acid Diethylamide or LSD in Dhaka.
Dhaka Metropolitan Police’s Motijheel division will hold a press briefing later on Sunday to sketch out the details of the arrests.

The latest development follows the arrests of three university students over the death of another student, Hafizur Rahman, on May 15 under abnormal circumstances. Hafizur allegedly killed himself after taking LSD.
Police were granted custody of the three students for interrogation on Sunday.

LSD, street name ‘acid’, is administered by keeping blotters under the tongue or intravenously. Police said the substance was couriered into Bangladesh before being sold online.

The law-enforcing agencies are investigating the extent of the trade of the seemingly rare hallucinogenic substance in Bangladesh.