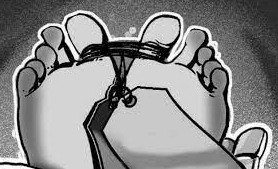 A doctor has been found dead at her home at Fast Lane in Dhaka’s Kalabagan with wounds and burns on the body.
The flatmates of 41-year old radiologist Sabira Rahman Lipi called the building’s watchman and some other people on Monday morning after seeing smoke coming out of her room, which was locked from inside.

The people there broke the door open and found her lying on the bed. They later called the police. Fire Service and Civil Defence workers also came in and sprayed water to ensure the fire does not spread.

“She had serious wound marks and burns on the body,” said Sharif Mohammad Faruquzzaman, an assistant commissioner at the Dhaka Metropolitan Police.
The wounds are on her neck and waist. The bedding was also burnt partially.

Sabira was working at Green Life Medical College Hospital. She married again in 2005 after her first husband died in an accident in 2003. She has two children.

The doctor was staying separately following a dispute with her husband, said AC Sharif