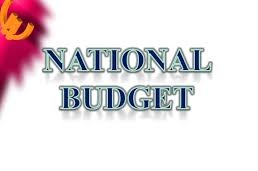 The government is set to place a Tk6.03 lakh crore national budget for the 2021-22 fiscal year in the parliament on Thursday, aimed at expediting economic recovery and bolstering efforts to save lives and livelihoods.

This will be the 50th national budget of the country coinciding with the golden jubilee of its independence, while the 13th in a row for the Awami League-led government.

This budget will also be the third straight budget for Finance Minister AHM Mustafa Kamal.

For the budget of FY22, the theme is Jiban O Jibikar Pradhanno, Agamir Bangladesh, which roughly translates to Tomorrow’s Bangladesh, Prioritizing Lives and Livelihoods.
Officials at the Ministry of Finance said that the budget will give special priority to health, agriculture, social safety net, employment, food and disaster management, and food security apart from addressing Covid-19 related issues.

The budget is also likely to incorporate some short, mid and long-term plans to address the various economic and social risks posed by the pandemic.

A Finance Ministry official, preferring anonymity, told BSS that the budget is likely to set a GDP growth target of 7.2% for the next fiscal year, while the government would eye containing inflation within 5.3%.

The operating or non-development expenditure is likely to be about 60% or Tk361,500 crore of the next budget outlay, up by Tk13,320 crore from the allocation for the current fiscal year and Tk37,812 crore from the revised amount.

From the operating expenditure, Tk68,589 crore will be spent on loan interest payments — Tk62,000 crore on internal loans and Tk6,589 crore on external ones.

As part of austerity measures, the government is likely to reduce land acquisition meant for implementing development projects, construction and public works, and investment in shares and equities in the next fiscal year.

Around Tk32,660 crore as capital expenditure is likely to be earmarked for such sectors in the next fiscal year’s budget, down from Tk36,490 crore allocated for FY21 that was later slashed to Tk21,141 crore in the revised budget.
In the next fiscal year, Tk237,078 crore will be spent on development activities under the Annual Development Program (ADP) including those of city corporations and self-governing bodies.

The amount was Tk215,043 crore in the original budget for FY21. The allocation in the revised budget was reduced to Tk208,025 crore.

Of the development expenditure, Tk225,324 crore has been allocated for the ADP, which is Tk20,179 crore more than that in the original budget for the current fiscal year. The FY21 allocation in the revised budget was trimmed to Tk197,643 crore because of the slow implementation rate of the ADP owing to the pandemic.

The revenue collection target of the National Board of Revenue (NBR) is not going to rise in the new budget although the government has a plan to spend an additional Tk35,681 crore this time.

The same revenue collection target of Tk330,000 crore is likely to be maintained in the upcoming budget although the revised target of the NBR for FY21 was reduced to Tk301,000 crore.

A target is likely to be set to collect Tk43,000 crore in non-tax revenues as well as Tk16,000 crore as non-NBR tax revenue and Tk3,490 crore as foreign grants.

The overall budget deficit for the next financial year has been estimated at Tk214,681 crore, which is 6.2% of the GDP. Because of the pandemic, the deficit in the current fiscal year was Tk190,000 crore — 6% of the GDP.

For this reason, the government’s dependence on foreign debts will increase in the next fiscal year to meet the deficit financing. The government is likely to borrow Tk97,738 crore from foreign sources, which was Tk76,004 crore in the current fiscal’s original budget.

Around 525,000 widowed and abandoned women will come under the allowance scheme afresh. Currently, each of 2,050,000 women receives Tk500 as an allowance. Besides, the number of old age allowance recipients may increase by 800,000.

Apart from this, the number of beneficiaries from the Hijra, Bede, and lagging behind communities would be raised to 95,000 in the next budget which is currently around 86,000.

To face the impacts of the pandemic, there will be a Tk10,000 crore special allocation in the budget.

The provision for legalizing undisclosed income will also continue in the next fiscal year’s budget.

The budget might see a 2.5 percentage point cut in corporate tax — a longstanding demand of the private sector.
At present, the corporate tax rate ranges from 25% to 45%. The one-person company law would be implemented from the next fiscal year, and the corporate tax for such companies would be fixed at 25%.

The budget for FY22 might also see a tax holiday for 10 years for the manufacturing of import-substitute products like cars.

According to Finance Ministry officials, the tax holiday would be extended for another 10 years on certain conditions.

The provision of a 10% value-added tax on locally-manufactured sanitary products would be lifted while the advance income tax for raw material imports for domestic manufacturing could be trimmed by 1 percentage point.

From the experiences of the pandemic, the government might extend a tax holiday for 10 years for constructing hospitals outside Dhaka with at least 250 beds.