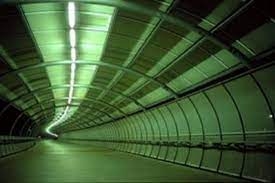 Covid-19 cannot hamper the progress of mega projects anymore as they are being implemented by following health guidelines, says a member of the Physical Infrastructure Division

The government has prioritized the fast-track mega projects amid the Covid-19 pandemic and set a goal to complete a maximum of those before the next general election, likely to be held in December 2023.

The National Economic Council (NEC), the economic policy-making body, recommended allocating Tk48,802.45 crore out of a total Tk225,000 crore for 10 mega projects in the Annual Development Programme (ADP) for the next fiscal year’s budget, despite the projects lagging behind due to the pandemic.

The mega projects along with all development programs suffered hugely in the outgoing fiscal year due to the ongoing pandemic. Achievement of ADP targets was below 50% until April, which is the lowest since the Awami League took charge of the government in 2009
According to the Planning Division, the number of new projects also dropped to 506 in the coming fiscal. The number of new projects is generally more than 600 every year.

Mamun Al Rashid, member (secretary) of Physical Infrastructure Division said: “Covid-19 cannot hamper the progress of mega projects in future as all the projects are being implemented by following health guidelines now. So, the big chunk of allocation in the next budget for the mega projects will be effective.”
Railways Minister Md Nurul Islam Sujan said: “We are prioritizing the infrastructures [mega projects] in line with directives from the prime minister as these will boost our economy and employment if we can quickly complete them.”

“We also prioritize the projects due to our political commitment as we want to complete the much-talked about projects before the next election,” he told media.

The government plans to operate the Matarbari Power Plant by 2023 before the next general election.

These two projects have been allocated Tk3,800.23 crore and Tk3,500 crore in the NEC’s proposed budget for the next fiscal.

“Dohazari-Cox’s Bazar-Ghumdhum Rail Link will be completed by December of 2022, despite the deadline being June 2022, as the project was hampered most during the first wave of Covid-19,” the railways minister added.

Besides, the much-talked-about Metro Rail project will be completed by June next year. MRT line 6, a fast-track project, has been allocated the fourth highest amount in the budget, Tk4,800 crore.

Through a resolving of financial complexities, the construction work of the Dhaka-Ashulia Elevated Expressway Project (DAEEP) has already started. The project will receive the eighth largest fund allocation in the ADP, with Tk3,200.27 crore proposed for the project to be completed by next year.

However, as there was a delay in starting the work, the deadline would be revised, according to DAEEP Project Director Md Shahabuddin Khan.
Besides, Harun-or-Rashid, project director of Karnaphuli Tunnel, said the construction work of the project would be completed within the deadline, December 2022.

Construction work of the third phase of Hazrat Shahjalal International Airport was also progressing smoothly, according to AKM Maksudul Islam, Project Director of the Third Terminal.

Apart from the ongoing mega projects, the construction work of Bangabandhu Railway Bridge over the Jamuna River will begin within this year.

The ADP includes Tk3500.80 crore for this project, which is the sixth highest allocation in the proposed budget.

“Piling work of the project has already started under the supervision of Japanese consultants,” said the railways minister.

“Once a mega project misses the deadline it also increases the cost.”