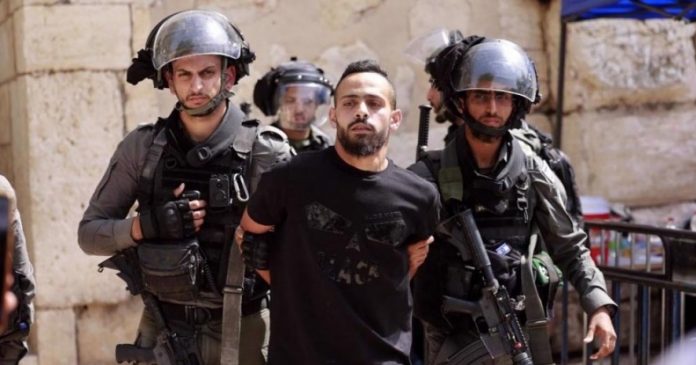 The Israeli regime military has detained more than 30 young Palestinians as the regime steps up its campaign of mass arrests in the West Bank and the 1948 occupied territories.

Palestinian media on Tuesday reported the Israeli military’s new arrests, which were part of the so-called “Law and Order” campaign that began on May 24.

The arrest campaign follows weeks of protests against the Israeli regime’s land grab policies in the al-Quds neighborhood of Sheikh Jarrah and the bombardment of besieged Gaza Strip that left more than 300 people dead.

Local media reported that Israeli regime forces on Tuesday laid an ambush around the village of Deir Ghassaneh west of Ramallah, arresting two Palestinians and taking them away to an undisclosed location.

The reports further said that three Palestinians were detained from the neighborhood of Tulkaram in Ramallah after Israeli regime forces laid an unannounced siege over the area.

Reports of more arrests have come from Jenin in Qalqilya in northwest of the West Bank, and Qatanna in the central West Bank.

According to local media, in Beit Fakhar area south of Bethlehem, Tel Aviv’s troops arrested five Palestinians, while in the city of al-Khalil in the southern West Bank, a man was arrested after his house was raided.

In the Arab town of Kafr Kana in the occupied territories of 1948, Israeli regime forces launched a massive ambush, arresting 12 young Palestinians, according to the Palestinian media.

The arrest spree comes amidst growing anger against the Israeli regime’s policies in the occupied territories and in response to extraordinary solidarity displayed with the people of Gaza strip.

The Arab Emergency Committee, which was constituted in the wake of protests against the Israeli aggression in Gaza, said it had documented 300 cases of assault in addition to the arrest of 1,700 Palestinians in the occupied territories.

The Zionist entity launched the mass arrest campaign after noting that its power of deterrence had been dented among the Palestinian community in the occupied territories, which led to fierce clashes in cities including Lydd, Acre and Haifa.

The brutal crackdown, intended to re-impose “deterrence,” was supposed to last for 48 hours but has continued for more than a week.

Several Palestinian political activists have been taken into custody and now face trial, including Kamal al-Khatib, a leader of the Islamic Movement in the Israeli-occupied territories, who has been charged with “incitement to terrorism.”

“We call for making this Friday a ‘day of rage’ in the West Bank and staging mass rallies to protest attempts by settlers to impose a fait accompli with the help of the occupation government,” Hamas said in a statement.

The group described the settler incursions into the al-Aqsa Mosque complex as “a desperate attempt to save the face of the occupation government.”