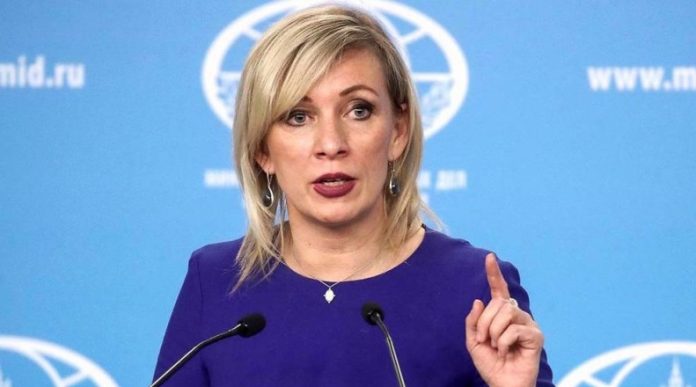 Russia’s Foreign Ministry says recent reports indicating that Danish intelligence services collaborated with the US in snooping on senior European politicians have revealed just “the tip of the iceberg.”

According to reports, Danish public broadcaster DR reported on Sunday that the infamous US spy network, National Security Agency (NSA), had eavesdropped on Danish underwater internet cables from 2012 to 2014 to spy on top politicians across Europe — from France and Germany to Norway and Sweden.

The report revealed that the NSA had taken advantage of surveillance collaboration with Denmark’s military intelligence unit, FE, for spying.

The spy agency got access to text messages, telephone calls and internet traffic including searches, chats and messaging services of German Chancellor Angela Merkel, and other politicians.

Reacting to the developments on Tuesday, Russian Foreign Ministry Spokeswoman Maria Zakharova expressed astonishment that NATO member-states had no idea what was happening on their soil.

“It is very uncomfortable, but the truth is far more frightening than what the media rarely reports on. I think they have no idea what is happening in their domain.”

“I think this is just the tip of the iceberg, and the situation is even more dire for NATO member states themselves,” she added.

Elsewhere in her remarks, the Russian official stressed that the US and its allies were violating existing norms and rules by engaging in illegal activities across various parts of the globe.

“The US has removed itself from any legal reference point, and they are supervising everyone and everything. Perhaps they decided to toss their vassal partners a bone, allowing them to bend the rules as well,” she specified.

Two leading European powers, France and Germany, are now demanding explanations from the United States and Denmark over the spying scandal.

It was not clear whether the Danish government authorized the taps.

Denmark hosts several key landing stations for undersea internet cables to and from Sweden, Norway, Germany, the Netherlands, and Britain.

The US has a long history of spying on European leaders. American whistle-blower Edward Snowden revealed thousands of classified documents exposing the vast US surveillance.

The documents showed that Washington was spying on its own citizens and carrying out widespread tapping worldwide, including of Merkel’s mobile phone, in 2013.