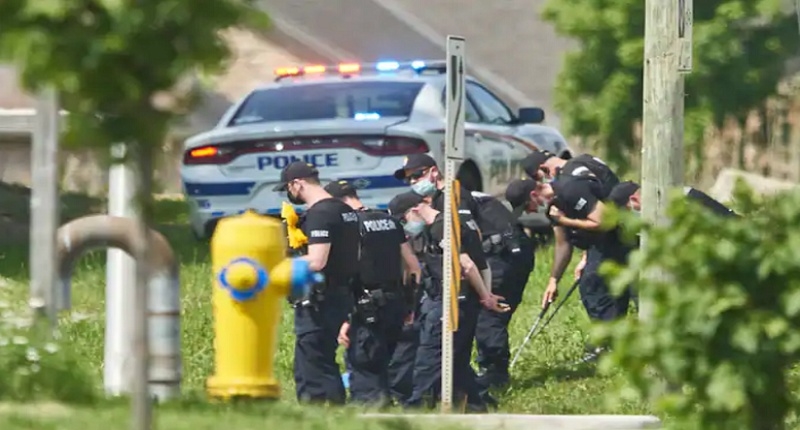 The recent hate attack that took the lives of four members of a Muslim family and left a fifth one seriously injured has shaken Canada to its core and raised fears of similar attacks triggered by religious or racial bias, in a country known for its big immigrant population and ethno-cultural diversity.

On Sunday evening, a driver mounted a curb and plowed his pickup truck into the family who were out on an evening walk near their home after attending a mosque in London, Ontario, killing both parents, a daughter and grandmother.

Their 9-year-old son is reportedly now in stable condition.

The heinous crime has triggered heated debates about the emergence of Islamophobia in Canada and has drawn reactions from a number of Canadian officials.

Trudeau made the remarks on Tuesday evening as he joined several thousand mourners in a vigil at the London Muslim Mosque to remember three generations of the Afzaal family, of Pakistani origin, who lived in Canada.

“This was an act of evil. But the light of the people here today, the light of the lives of the Afzaal family – that will always outweigh the dark,” Trudeau said as he addressed the mourners, after placing flowers on the steps of the mosque.

Speaking at the House of Commons earlier on Tuesday, Trudeau labeled the incident as a “terrorist attack.”

The suspect, identified as Nathaniel Veltman, was arrested at a mall seven kilometers from the intersection where the attack happened.

The 20-year-old assailant is now in custody and facing four counts of first-degree murder. Police said Veltman, a resident of London, did not know the victims.

Meanwhile, relatives of the victims have described them as a “model family,” urging the wider community to oppose racism and Islamophobia after police said the suspect had been motivated by hate.

“The young man who committed this act of terror was influenced by a group that he associated with, and the rest of the community must take a strong stand against this,” the relatives said in a statement on Monday.

“We need to stand against hate and Islamophobia and raise awareness in our communities and across all the political spectrum,” they added.

According to the victim’s relatives, the children had both been top students and their parents were hard workers.

The family members were active members of London’s Muslim and Pakistani communities and the children attended the local Islamic school. They had moved to Canada from Pakistan in 2007.