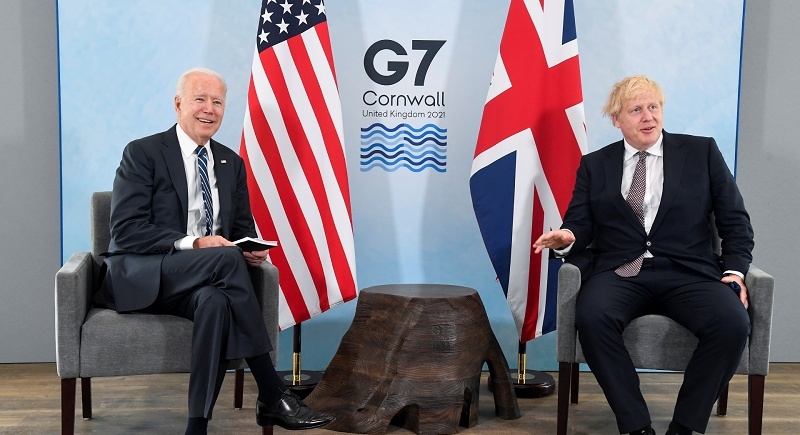 US President Joe Biden and UK Prime Minister Boris Johnson have met for the first time with Biden bringing a grave Brexit warning for the British premier.

Biden met Johnson Thursday, on his first trip abroad since taking office, in the English seaside resort of Carbis Bay ahead of a G7 summit.

He arrived there intending to call on Johnson to prevent a row with the European Union from imperiling the delicate peace in Northern Ireland.

A 1998 peace deal, known as the Good Friday Agreement, ended the core conflict in Northern Ireland, but sporadic clashes and acts of militancy/terrorism continue.

Senior US diplomats in London have already warned Johnson’s Brexit negotiator Lord Frost that he would increase tensions in Northern Ireland if he did not compromise with the EU over an impasse about border checks.

“President Biden has been crystal clear about his rock-solid belief in the Good Friday Agreement as the foundation for peaceful co-existence in Northern Ireland,” White House national security adviser Jake Sullivan told reporters aboard Air Force One.

“Any steps that imperil it or undermine it would not be welcomed by the United States,” said Sullivan.

Following the talks with Biden, Johnson sought to play down any differences with the US over the way Brexit could affect peace in Northern Ireland, calling the US president “a breath of fresh air.”

He said the United States, the United Kingdom and the European Union had “complete harmony” on finding solutions to uphold the agreement.

“There’s complete harmony on the need to keep going, find solutions, and make sure we uphold the Belfast Good Friday Agreement,” Johnson said. “And I think what’s interesting is Northern Ireland is a fantastic place and it’s got amazing potential. It is a great, great part of the UK.”

In addition to Brexit, the two discussed other issues including Covid-19 and the climate emergency, with Johnson describing the talks “very good”.

“It’s a big breath of fresh air,” he said of the talks. “It’s new, it’s interesting and we’re working very hard together. We went on for about an hour and 20 or so. It was a long, long, good session. We covered a huge range of subjects.”

Meanwhile, Biden was also effusive about what he called a “very productive meeting” with Johnson.

The pair formally agreed on a new Atlantic Charter that outlines eight key areas on which the US and the UK plan to collaborate.

The document was modeled on the 1941 deal struck by British wartime leader Winston Churchill and President Franklin D. Roosevelt.

The charter will highlight the new threats facing the world such as cyber-attacks, the climate crisis, protection of biodiversity and preventing future pandemics.