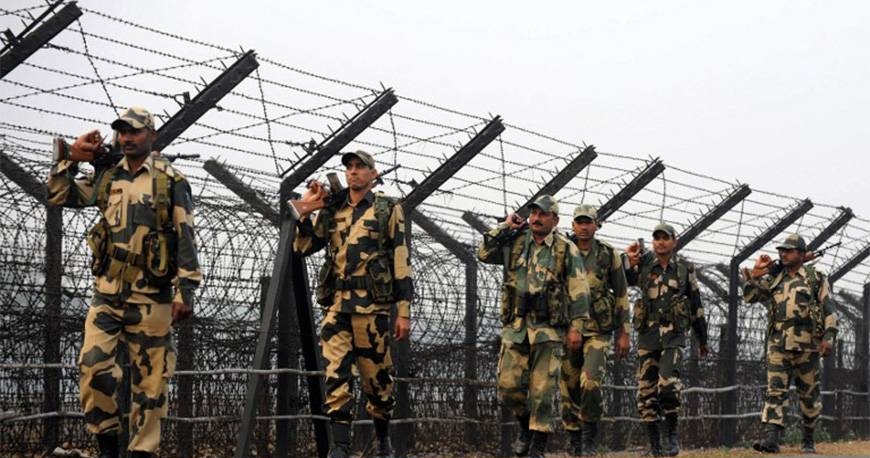 A BSF statement said Han Junwe was a wanted criminal

The Border Security Force (BSF) of India apprehended a Chinese national when he was trying to cross the border illegally in West Bengal’s Malda district, Indian media reported on Friday.

When the troops asked him to stop, he tried to run but was chased down and caught, reports NDTV.

The report quoted a statement from BSF South Bengal Frontier saying the man identified himself as Han Junwe, 36, a resident of Hubei in China.

The BSF statement also said that Han Junwe was a wanted criminal and all intelligence agencies were working together in this matter.

A Chinese passport with a Bangladeshi visa, a laptop, two mobile phones, a Bangladesh SIM card, an Indian SIM card and two Chinese SIM cards are among the items recovered from the man.

It was found that he reached Dhaka on June 2 on a business visa and stayed there with a friend. He later moved to the border district of Chapainawabganj and was trying to enter the Indian territory when he was caught.

He told security officials that he had visited India four times and that he has a hotel in Gurgaon where several Indian nationals work, the report said.

He also said when he was in China, his business partner would send him SIM cards in India.

A few days ago, he said, the Indian law enforcement arrested his business partner, Sun Jiang, the report added.

The man said he and his wife were also charged in the case, due to which he was denied an Indian visa. He then arranged for a Bangladesh visa and tried to enter India from there.